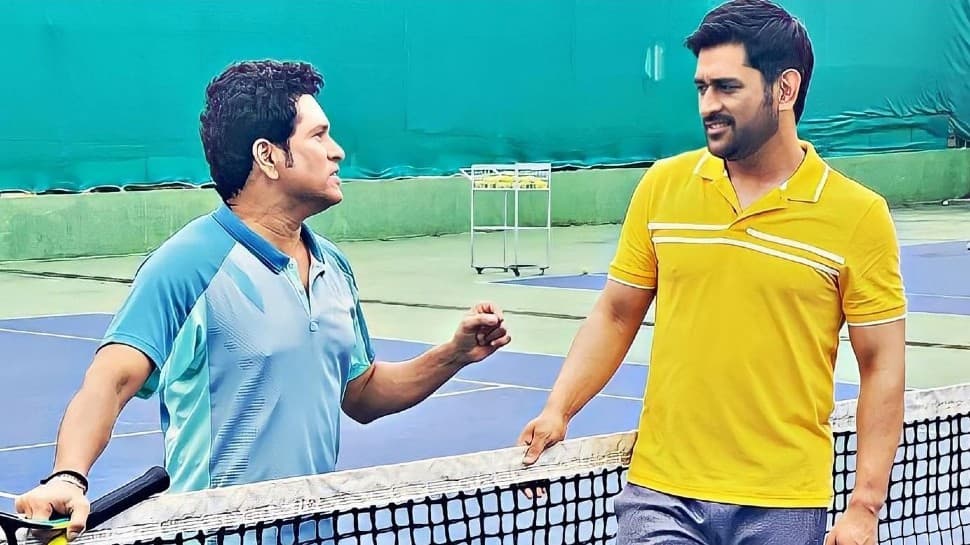 Former India captain Mahendra Singh Dhoni doesn’t often open up in front of his fans. The Chennai Super Kings has always been man of few words over the years but on Thursday (October 14), Dhoni finally revealed his cricketing idol during his international career. The 41-year-old Dhoni, who retired from international cricket in 2020, told his fans that he always wanted to emulate the legendary Sachin Tendulkar.

In a video released by Chennai Super Kings on their Twitter account on Thursday, Mahendra Singh Dhoni confessed that Sachin Tendulkar was his cricketing idol and he wanted to play like the Master Blaster while growing up. India’s World Cup-winning captain added in the video that he tried playing like Sachin but later realised that his style of play was different and he could not play like him.

Dhoni was last seen in IPL 2022 playing competitive cricket and he has confirmed his participation in IPL 2023. MS Dhoni played 14 matches in the Indian Premier League scoring 232 runs while remaining not out on six occasions. He averaged 33.14 in the tournament with one half-century.

Sachin Tendulkar led India Legends to the Road Safety World Series title. The Master Blaster scored 85 runs in six matches averaging 21.25 and the highest score of 40. Sachin Tendulkar had played in five World Cups without winning one until 2011.

The 2011 World Cup was Sachin’s last where Dhoni led the team to a World Cup victory, fulfilling Sachin’s dream to win the coveted trophy. MS Dhoni was also seen later on replying to a little girl’s question about his favourite school subject.

“Does sport qualify as a subject?” Dhoni replied cheekily to the little fan’s question which got the audience around in laughter.

“Even Thala’s favourite period is PT!” CSK wrote along with the post.