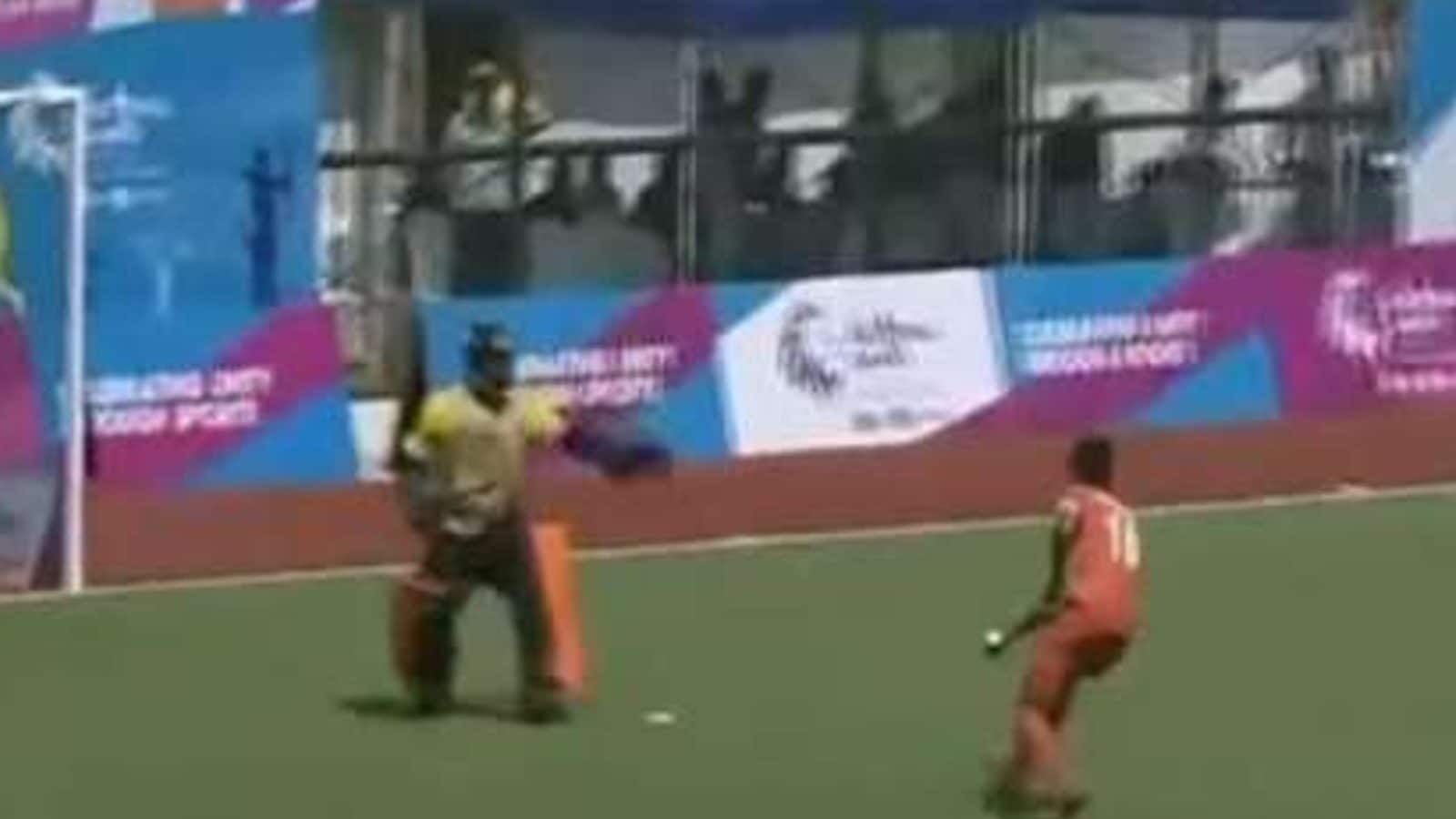 Maharashtra hockey player Darshan Gaonkar has grabbed the headlines with his scintillating goal in the bronze medal match against Haryana on October 11. The thrilling match went down the wire as the two teams played out a 2-2 draw over four quarters at the 2022 National Games.

The match went into a penalty shootout. With the scores level at 2-2 in the penalty shootout and Maharashtra left with one take, Darshan Gaonkar emerged as the hero for his team.

The 21-year-old began his run from the mark with the ball controlled atop on his hockey stick and charged towards the goalkeeper. Gaonkar showed remarkable reflexes and chipped the ball over the goalkeeper to score the winning goal for his team.

Gaonkar’s 3D skills with his blade, has caught the attention of hockey fans. A Twitter user has shared the video clip of Gaonkar’s astonishing goal on Twitter.

Have you ever seen this before?@Sanjay_onair@shailesh0601@indianhockey@OnTheSportField@amitesh26

Fans have marvelled over Gaonkar’s terrific goal and praised his game awareness. Many praised Gaonkar for showing tremendous mental fortitude at such a young age and suggested that the young star could soon be seen playing for India.

After the first quarter, Haryana led by 1-0 after scoring a goal on penalty corner rebound. At half-time, Haryana maintained its lead over Maharashtra. After the third quarter, the match evolved into a thrilling back-and-forth contest as both the teams tried to attack the other team’s D.

Yuvraj Walmiki and Devendra Walmiki’s terrific coordination helped Maharashtra to score a goal and restore parity. Maharashtra then came from behind and scored another one, courtesy of a goal from a very difficult angle via a rebound. As it looked like Maharashtra would pull off a 2-1 victory, Haryana’s Deepak scored an equaliser.

Maharashtra had been defeated by Uttar Pradesh in their semi-final match and Haryana had lost to Karnataka. But in the bronze medal match of the hockey event, it was the Maharashtra team which held its nerves and registered an impressive victory.