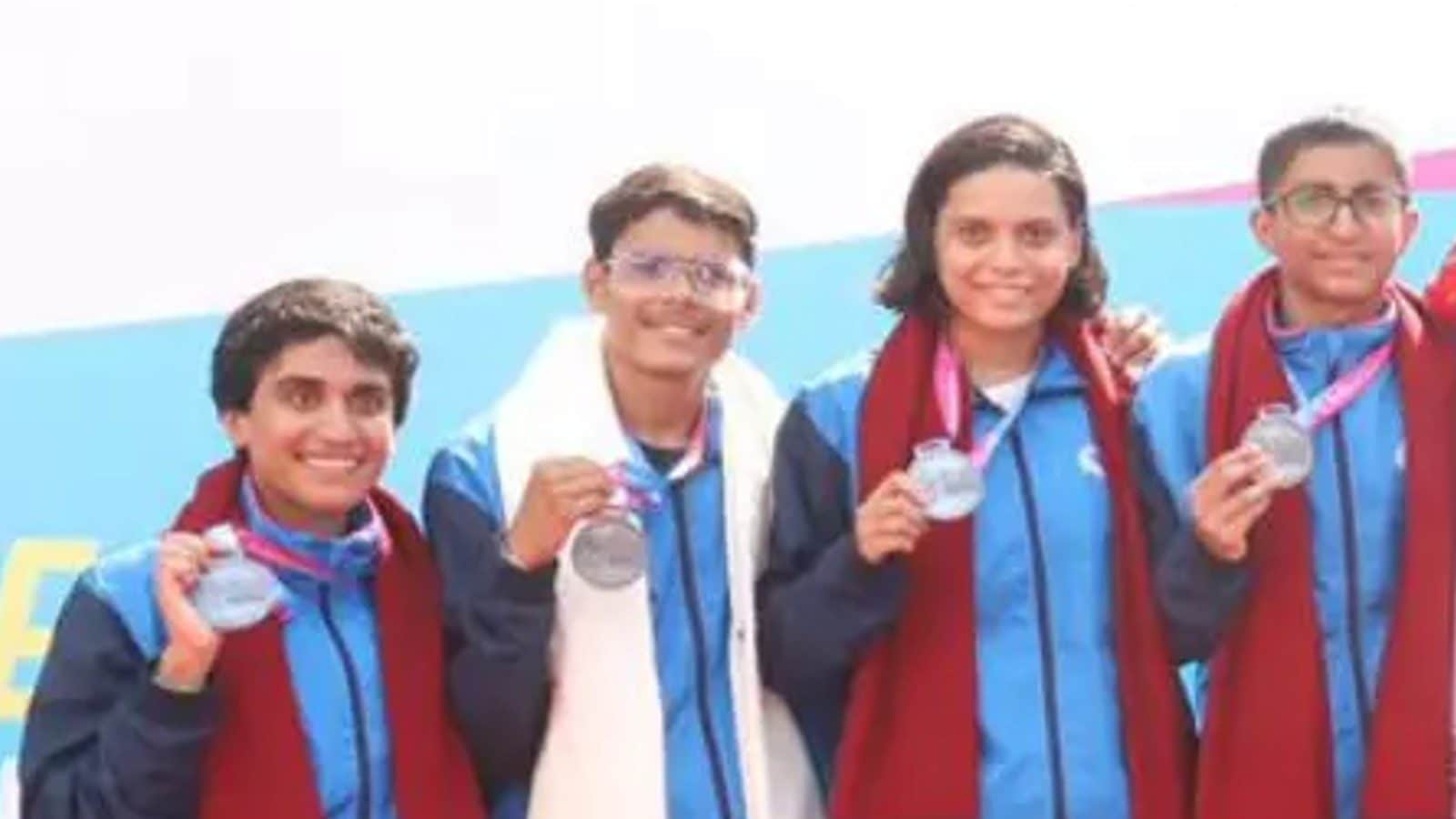 The 15-year-old Krishiv Hitesh Patel soldiered on despite a broken toe as he helped his Gujarat team-mates to a silver medal in the Triathlon Mixed Team Relay at the IIT Gandhinagar complex at the 36th National Games on Tuesday.

Krishiv went into the change zone in eighth place — and then watched his teammates haul Gujarat to a dramatic silver medal.

Quitting was no option for Krishiv as his team-mates of an assured medal.

As if a fall from the bicycle was not enough, the India No.2 in the Male Youth category had the mortification of a couple of wheels go over his leg and make it worse.

“There was no time to lose, and I had to get back on the bike. I knew that my teammates were good enough to win us a medal. But they would not have a chance if I had pulled out,” he said.

His fellow-Surat athletes, siblings Monika and Karan Nagpure and the individual women’s gold medallist Pragnya Mohan, were charged up to take the team from eighth place to a dramatic second spot behind surprise winners Tamil Nadu. The truly special efforts for Gujarat in bridging gaps came from the two women.

Undeterred by being able to set off only in the eighth spot, the 22-year-old Monika Nagpure chased down those ahead of her, not only working her way past four competitors but also reducing the distance with Thoudam Sorojini, the second-placed Manipuri, to less than two minutes.

However, with Bijenkumar Laikhuram being faster than Karan Nagpure by nearly a minute, Pragyna Mohan had to deliver something special if Gujarat had to move up from the third place. She completed the anchor leg in 28 minutes 54 seconds, not only the fastest leg by a woman today but also the seventh fastest of the day among 56 Triathletes on view.

“I had to produce my best effort today to honour Krishiv’s spirited effort with a broken toe,” Pragnya Mohan said. “If he had pulled out because of the injury, none of us would have complained. Credit to the Nagpure siblings, Monika and Karan for rallying the team from eighth place to third with their determined effort.”

“In a 30-minute combination of Swim, Cycle and Run, it is not easy to close a two-minute gap. I overtook Sonam but Aarthi was too far ahead for me to catch up with her. Given the context in which the silver medal came, I found it more satisfying than the individual gold,” she said, admitting that the young Tamil Nadu team was the surprise package on Tuesday.