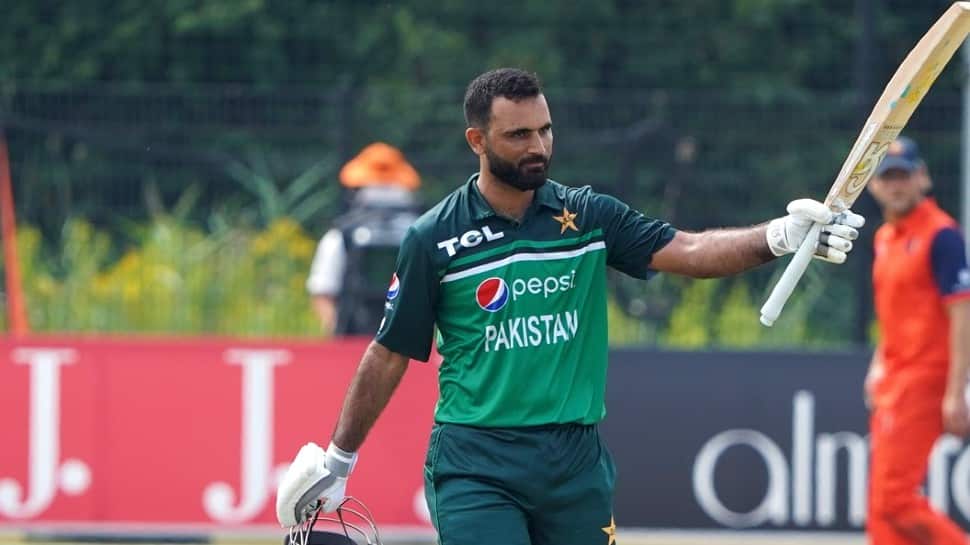 NED vs PAK 1st ODI: Babar Azam’s Pakistan managed to edge past hosts Netherlands by just 16 runs in the first ODI in Rotterdam on Tuesday (August 16). The visitors elected to bat first after winning the toss and posted an impressive 314/6 thanks to opener’s impressive 109 and skipper Babar, who scored 74.

Babar looked good to score his 18th ODI century and put on 168 runs for the second wicket with Zaman but was dismissed by Logan van Beek for 74 off 85 balls. Opener Zaman departed soon after, scoring his 7th ODI century off 105 balls with 10 fours and a six.

It was left to all-rounder Shadab Khan and Agha Salman to give the finishing touches to the innings. Shadab blasted an unbeaten 48 off 28 balls with two sixes and four fours while Agha Salman scored 27 not out off 16 balls with three fours. Shadab and Agha put on 48 runs for the third wicket in the last 4 four overs of the innings.

A controlled innings from a masterclass batter. Kudos to @FakharZamanLive for this incredible ton!

For the hosts, Bas de Leede was the pick of the bowlers, claiming 2/42 in 10 overs. All-rounnder Logan van Beek also picked up two wickets but went for 89 runs in his 10 overs.

Netherlands in their chase gave Pakistan a real scare. Skipper Scott Edwards top-scored with an unbeaten 71 off 60 balls with one six and six fours while opener Vikramjit Singh and Tom Cooper scored 65 each.

Pakistan pacers Haris Rauf and Naseem Shah picked up three wickets each as the visitor edged home by 16 runs. Pakistan now leads the three-match ODI series 1-0 and will play the second ODI on Thursday (August 18).