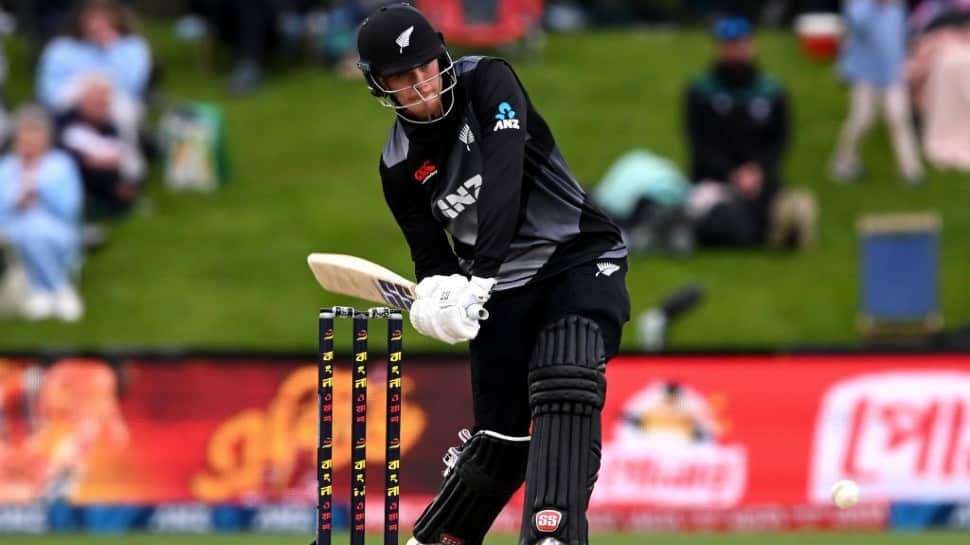 Finn Allen and Devon Conway shared a 117-run opening partnership as New Zealand cruised to a nine-wicket win over Pakistan with almost four overs remaining on Tuesday (October 11) in the T20 Tri-Series. Allen made 62 including a half century from 32 balls and Conway followed his match-winning 70 against Bangladesh on the weekend with an unbeaten 49 on Tuesday as New Zealand easily surpassed Pakistan’s 130-7.

Conway underlined his importance to the Black Caps ahead of the T20 World Cup with consecutive unbeaten innings. Allen took a moment to judge the pace and bounce of the pitch at Hadley Oval, then went on to 62 from 42 balls with six sixes, marking himself as a player to watch when the world tournament starts later this month. Pakistan and New Zealand are level in the series with two wins each from three matches, while Bangladesh is yet to win. The next match is between New Zealand and Bangladesh on Thursday.

New Zealand’s win on Tuesday was set up by the bowlers. Mitchell Santner conceded 11 runs from his opening over then joined with Michael Bracewell to uproot Pakistan’s top order.

The pair combined to contain Pakistan’s powerful batters, sharing four of the first five wickets. Bracewell, who took 2-14 in New Zealand’s eight-wicket win over Bangladesh on Sunday, bettered that with 2-11.

He claimed the first Pakistan wicket to fall, dismissing Mohammad Rizwan for 16. Rizwan fell in the manner of several Pakistan batters who made the mistake of trying to hit the ball down the ground. With the ball turning a little and holding in the surface of a worn pitch, it was always dangerous to try and hit lofted straight shots.

“I wouldn’t say there was huge amount of turn,” Bracewell said. “The ball was just holding in the wicket and bouncing a bit which creates the illusion of turn.

“It was a slightly different role today. Bowling in the power-play makes it a bit nerve-wracking against world-class batsmen. I’m really enjoying the role that I’m playing and just providing quality overs for the team.”

Shan Masood gave Santner his first wicket when he was out for 14. He was enticed by a flighted delivery outside off stump to also go down the ground but couldn’t clear long-on, where Bracewell took the catch. Shadab Khan (8) fell in the same manner. Santner again tossed the ball up outside off and Shadab holed out to Tim Southee at long-on.

Bracewell then claimed the vital wicket of Pakistan captain Babar Azam. He tossed up a slower ball which floated away from the batter and Babar feathered an edge to Devon Conway behind the wicket. Leg spinner Ish Sodhi got into the act with the wicket of Haider Ali who also was deceived in flight and was caught at long-on. Pakistan was 77-5 in the 14th and under pressure to lift its scoring rate.