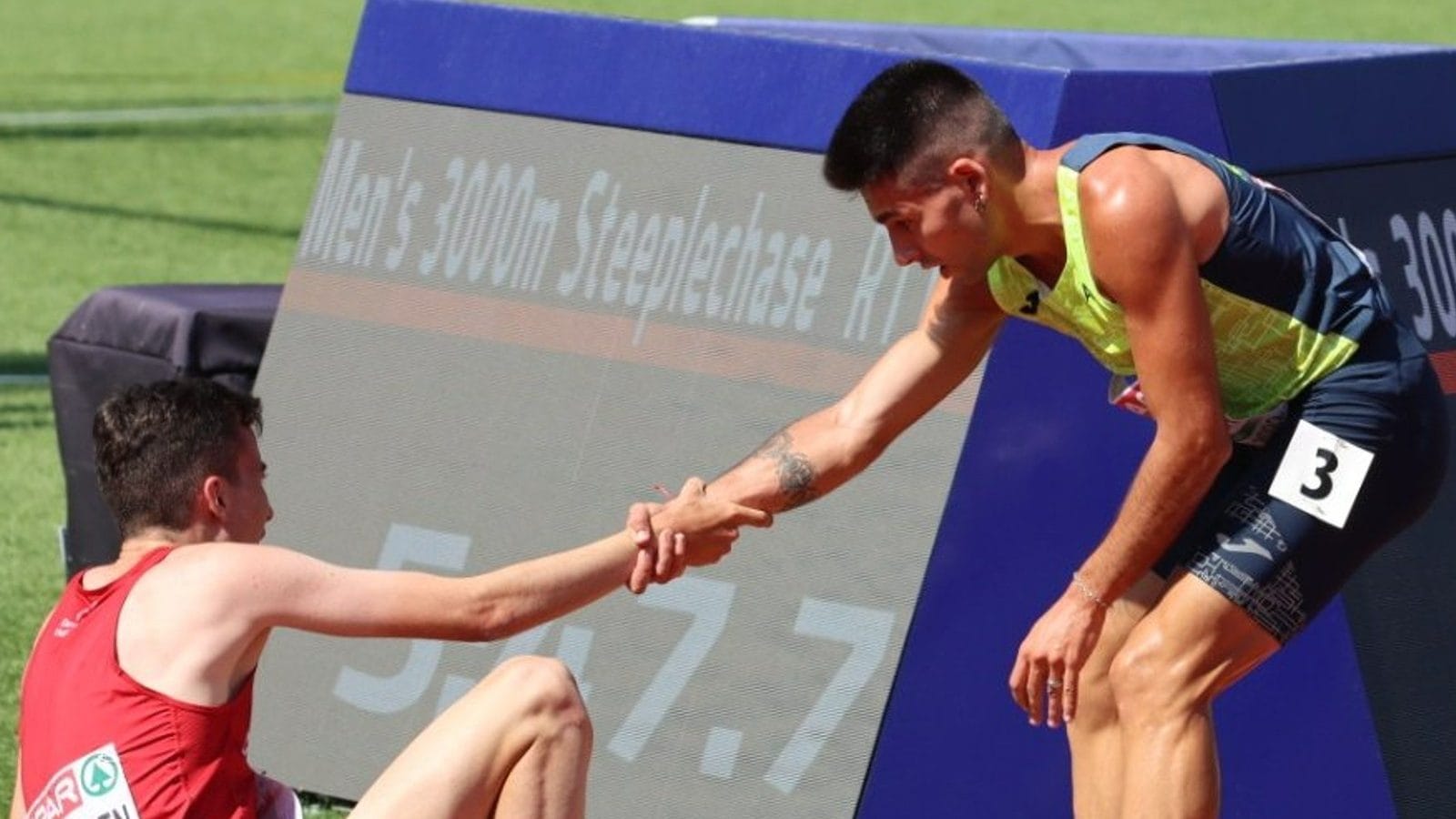 Incredible instances of sportsmanship have been demonstrated by many athletes across fields. One such heart-warming incident happened at the European Championships in Munich where Andorran athlete Nahuel Carabana proved yet again that there is more to sports than just winning.

During the Men’s 3000m steeplechase event, Danish athlete and race leader Axel Vang Christensen suffered a calf injury after jumping over a barrier a little over 300m into the race. He lay on the track in agony while the other runners manoeuvred their way around him.

That is when Carabana displayed spectacular sportsmanship by halting his run to check on his fellow runner. The Andorran athlete assisted the injured Christensen to his feet and then carried him off the racetrack to avoid any hindrance to the other athletes.

Carabana then continued his race while the Dane was treated by doctors and taken out of the stadium. Understandably Carabana registered his slowest race and finished last, almost a minute behind winner Osama Zoghlami.

In the post-race interview, Carabana revealed why he gave up his lead and instantly assisted his adversary.

“He (Christensen) could have been injured more seriously. Maybe I can do something good today, I thought. That’s why I made that decision”, Carabana said.

The entire crowd at the Olympiastadion in Munich stood up on their feet and applauded the Andorran’s amazing gesture. Carabana who ran the last few meters of the race alone said that he was delighted and enthralled by the crowd’s acknowledgement.

“The audience showed me that I did something very good. It wasn’t my day, but at least I could help someone” he added.

Nahuel Carabana became the U-23 European bronze medallist in Men’s 3000m steeplechase in 2021. The 22-year-old is touted by many as one of the emerging athletes of the sporting event. Meanwhile, Christensen was carried off the track on a stretcher and was examined at a nearby hospital.