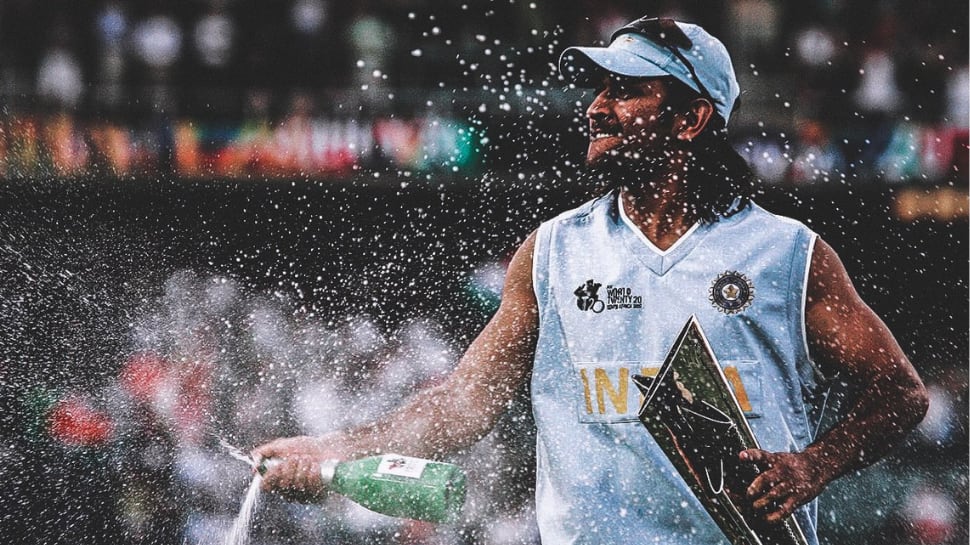 On this day, 15 years ago, Team India did something that was least expected of them. The MS Dhoni-led India clinched the inaugural T20 World Cup title in 2007 in Johannesburg, South Africa, on this very day, September 24. The championship win was celebrated amid huge fanfare in India throughout the night as India beat Pakistan in the final to make a doubly special win. The title win somewhat killed the demons of the early ouster of Rahul Dravid-led team from the 2007 ODI World Cup in March. The day also marked the arrival of Dhoni, the captain. In only his first tournament as captain, he achieved a world title.

What happened in the final?

India won the toss and opted to bat first. One big name missing for India was Virender Sehwag who had been ruled out due to an injury. In his place, Yusuf Pathan made his international debut and scored 15 off 8 balls. Indian middle order failed to shine against Pakistan bowling. It was due to Gautam Gambhir’s brilliant 75 off 54 balls that India managed to put on 157/5 in 20 overs. His knock included 8 fours and 2 sixes respectively. Not to forget, a young Rohit Sharma smashed 30 off 16 balls as well, including 2 fours and 1 six respectively.

Chasing the target, Pakistan were bowled out for 152 as India won the final by 5 runs to lift the World Cup. The Pakistani bowling line crumbled and it was just one good innings from Misbah ul Haq that kep them going throughout. However, Misbah mistimed a scoop in the last over bowled by Joginder Sharma which went to short fine leg and a nervy Sreesanth took a wobbly catch to finish the game. What followed was a series of celebrations in South Africa and in India among fans.