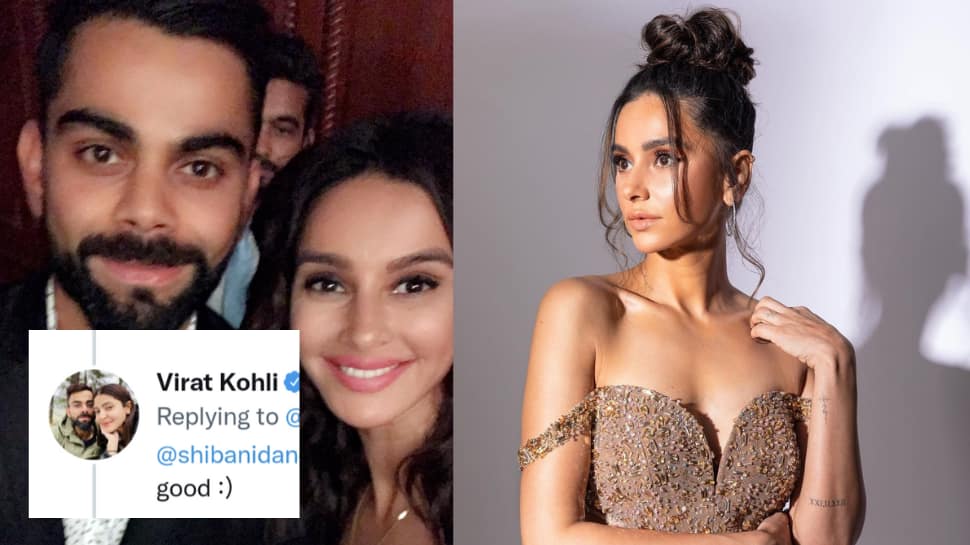 Indian cricketer Virat Kohli is celebrating his 34th birthday today. The star player is in Australia currently and the birthday celebrations are expected to be low key as India have a big match vs Zimbabawe. Some may ask how is it a big match since Zimbabwe are a weaker team than India. But the occasion is big enough to empower Zimbabwe. India are playing a must-win match while Zimbabwe will have no baggage as such because they are already on their way out of the tournament. That is why Kohli may spend the day training ahead of the Zimbabwe match, even on his birthday.

On the eve of Virat’s birthday though, a tweet of his getting viral. It is, in fact, a reply to bollywood actress Shibani Dandekar, who recently got married to Farhan Akhtar. Shibani used to anchor IPL shows and the tweet seems to be from the same time. The year is 2011 and Virat replied to one of Shibani’s tweets: “Hello Stranger, hope you are good.” Fans are tweeting this screesnhot of the tweet even today. Some calling him the Greatest Playboy, others saying he is also the ‘Simp King’.

Take a look at Virat’s tweet to Shibani and other reactions:

Birthday celebrations ON in Australia _ _

Many cricketers, former and current, as well Virat’s biggest fans have taken to Twitter to wish him on his birthday. Anushka Sharma is one of them. His wife took to Instagram to share a heartfelt note which had some very funny images of his. Kohli even reacted to the post by posting some laugh and heart emjois. AB de Villiers too reacted by putting laugh emojis in the comments box.