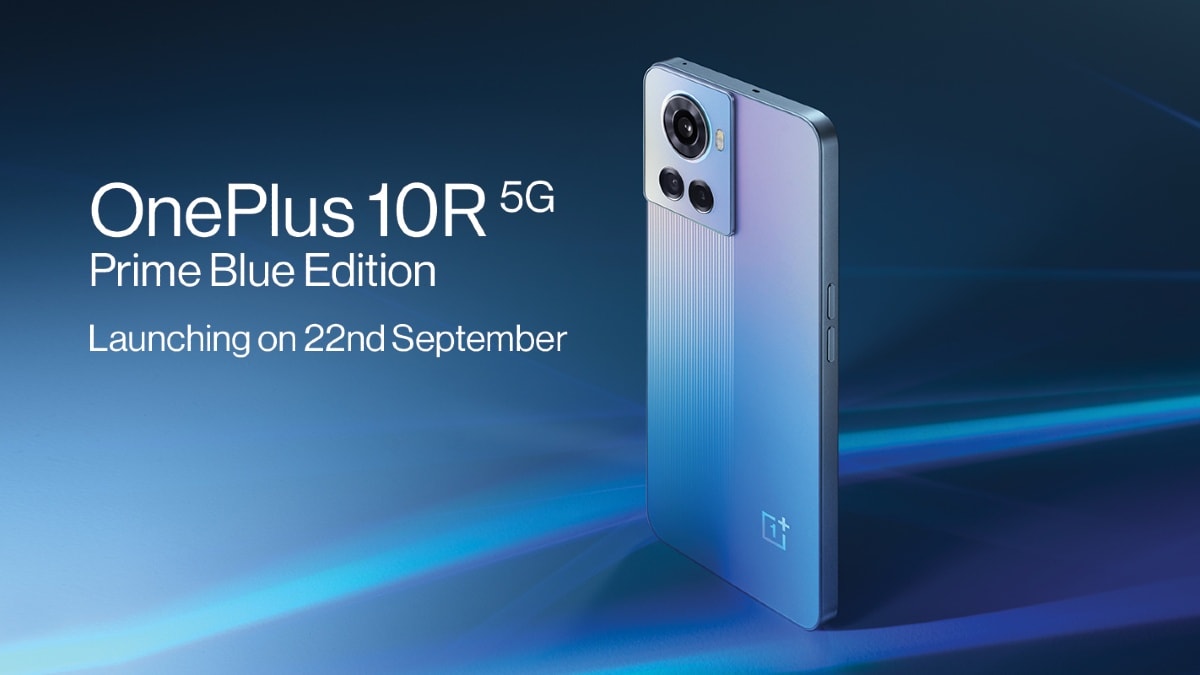 OnePlus 10R 5G Prime Blue Edition has been priced in India at Rs. 38,999 but has been currently listed on sale for Rs. 32,999 on Amazon. The handset comes with discount offers including 10 percent off up to Rs. 1,500 on using SBI credit card.

The OnePlus 10R 5G sports a 6.7-inch AMOLED display with a full-HD+ (1,080×2,412 pixels) resolution, a 120Hz dynamic refresh rate, and Corning Gorilla Glass 5 protection. Under the hood, the handset packs a MediaTek Dimensity 8100-Max SoC. It is equipped with 3D Passive Cooling Technology. There is also HyperBoost Gaming Engine and a General Performance Adapter (GPA) Frame Stabilizer which are said to offer an improved gaming performance.

For optics, this smartphone gets a 50-megapixel triple rear camera setup and a 16-megapixel selfie shooter.

Other features of the phone include dual stereo speakers, and noise cancellation support. The phone measures 163.3×75.5×8.2mm and weighs 186 grams.

Buying an affordable 5G smartphone today usually means you will end up paying a “5G tax”. What does that mean for those looking to get access to 5G networks as soon as they launch? Find out on this week’s episode. Orbital is available on Spotify, Gaana, JioSaavn, Google Podcasts, Apple Podcasts, Amazon Music and wherever you get your podcasts.
Affiliate links may be automatically generated – see our ethics statement for details.