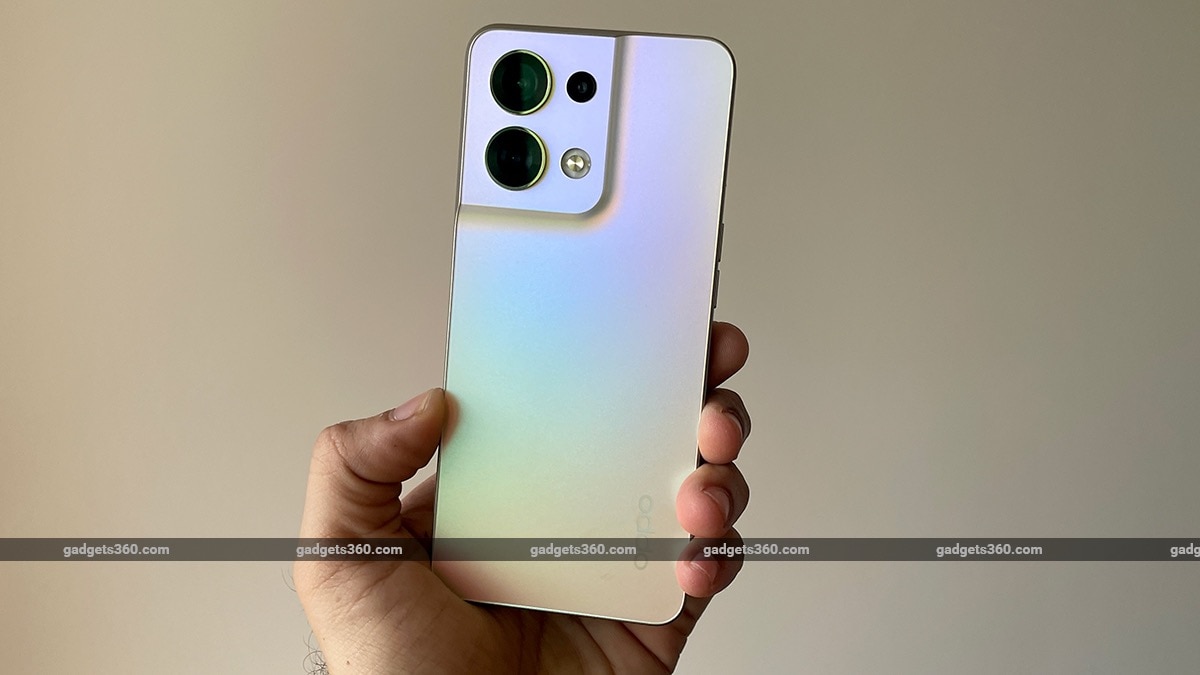 Oppo Reno 9 launch is yet to be confirmed officially by the Chinese smartphone company. But ahead of it, key specifications of the upcoming Reno series phone have surfaced online. The Oppo Reno 9 is tipped to come with a 6.7-inch OLED display with 120Hz refresh rate. It could be powered by a Qualcomm Snapdragon 778G+ SoC, coupled with 12GB of RAM. Separately, live images of the handset have also been leaked online suggesting the design. The renders suggest a triple rear camera setup on the Oppo Reno 9. The Reno 9 is expected to succeed the Reno 8 that was launched earlier this year.

Tipster Digital Chat Station on Weibo posted alleged specifications of the Oppo Reno 9. The screenshot of the post was shared by another tipster Mukul Sharma. According to the tipster, the upcoming phone will have a 6.7-inch (2,412×1,080 pixels) OLED display with 120Hz refresh rate. The display is said to have a hole punch cutout at the centre to house the selfie sensor. It could be powered by a Snapdragon 778G SoC, alongside 12GB of RAM.

For optics, Oppo Reno 9 is tipped to get a 64-megapixel OmniVision OV64B main rear camera. For selfies, there could be a 32-megapixel Sony IMX709 selfie camera. The phone is said to carry a 4,500mAh battery with support for 67W fast charging.

Separately, a Weibo user Jinan Digital (translated) has leaked alleged live images of Oppo Reno 9. The leaked live shots show the handset in a black shade with a hole punch display design. The renders further show a triple rear camera unit arranged in the upper left corner at the back along with an LED flash. Volume rockers are seen on the left spine of the smartphone.

The Oppo Reno 9 is likely to debut alongside Reno 9 Pro and Reno 9 Pro+ models. A recent leak suggested the Reno 9 Pro would use the MediaTek Dimensity 8000 SoC. The Oppo Reno 9 series is expected to succeed the company’s Reno 8 smartphone lineup that was launched earlier this year.