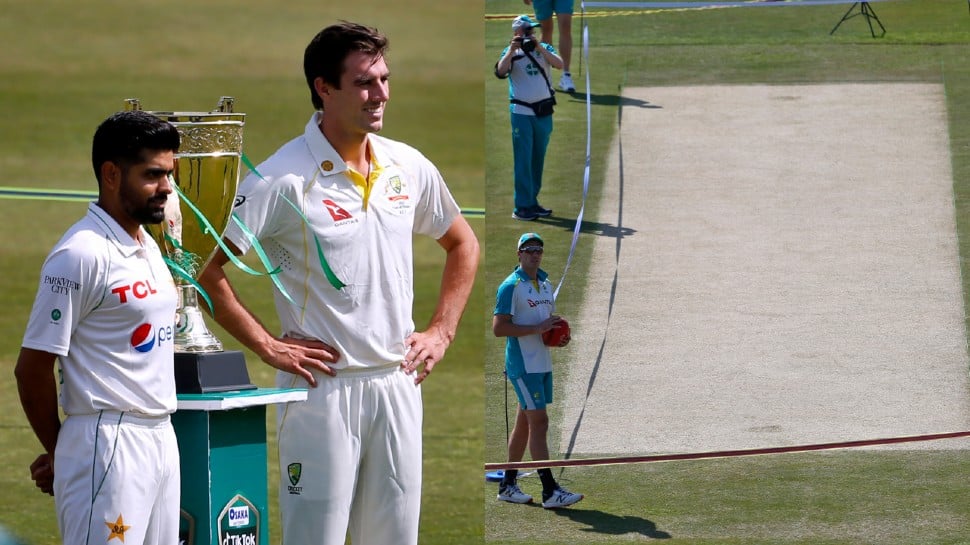 After playing out a draw against Pakistan in the first Test of the three-match series, Australia skipper Pat Cummins said by providing a flat track, the hosts made an attempt to nullify his side’s pace attack.

Just 14 wickets fell in five days in the first Test, with Pakistan piling up 476 for 4 in the first innings and 252 for 0 in the second innings.

“Turning up to a pitch that’s probably not a traditional pitch you would get here in Rawalpindi, and it’s probably clear they’ve made an effort to try and nullify the pace bowling,” ESPNcricinfo quoted Cummins as saying.

“I think that’s a positive. And, sub-continent conditions, coming away with a draw it’s not a bad result. I think we all tried different things. I think all the quick bowlers, although we’ve spent the best part of three days out in the field, I think we’ve all bowled around about 25, maximum 30 overs each, which in comparison to a lot of Australian Test matches is actually a pretty light workload. Didn’t get a huge look at reverse swing this Test, but that might come into it later on. But I was really happy with how everyone went and everyone’s come through unscathed,” he added.

During the Test, opening batter Imam-ul-Haq became just the 10th Pakistan player to score twin centuries in a Test match.

“I thought the Pakistani batters batted really well the whole game. Got themselves in and then once they got themselves in they were able to just tick over the score,” said Cummins.

“We’ll spend the next couple days reviewing it having a look at maybe different plans ahead of Karachi, expecting probably different conditions as well,” he added.

The second Test between Pakistan and Australia will begin on March 12.