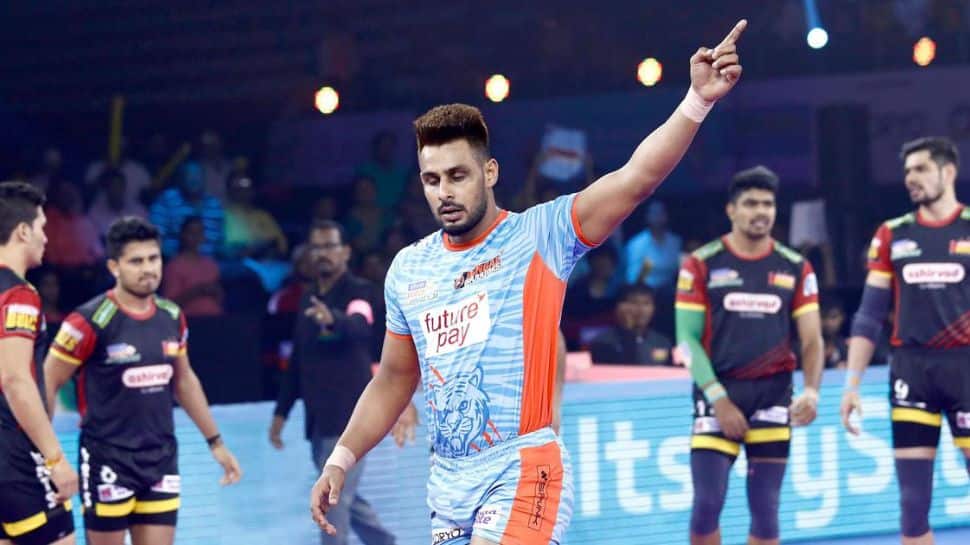 Top raiders of the week:

Naveen Kumar impressed in the second week of PKL Season 9 as well, picking up 40 points in three matches. His inspiring performance against UP Yoddhas helped his team record a come-from-behind 44-42 victory.

Maninder Singh has led the charge in the raiding department for the Warriors in the second week of the PKL Season 9. He has scored 25 points in three matches, helping his team defeat Bengaluru Bulls and Patna Pirates.

Pardeep Narwal has found some much-needed form for his team in Week 2 of PKL Season 9. The kabaddi star was back at his absolute best against Bengaluru Bulls, showcasing his signature moves and notching up 14 points in the match. He also scored 17 points against Gujarat Giants.

Top defenders of the week:

Girish Maruti Ernak maintained his prime form in Week 2 as well. The defender has been the go-to player in the Warriors’ defence unit and has always taken the initiative to carry out ankle holds against the best raiders. Girish scored 11 tackle points in the second week of PKL Season 9.

The Captain has led from the front for the Jaipur team in the second week of PKL with 14 points in two matches. The defender has stopped raiders with his brute strength time and again.

Rinku has emerged as one of the best defenders for U Mumba this season. He has been like a rock and stood up to every raider, who has come his way. Rinku amassed 6 tackle points in the second week of PKL Season 9.

Top contests of the week:

Puneri Paltan stayed in the lead for the most part of the match, but U Mumba kept fighting back and stayed in the game until the last minute. However, raiders Aslam Inamdar and Mohit Goyat ensured that their team emerges victorious in the end.

The Patna Pirates held the lead for most of the game, but Himanshu Singh pulled off some fantastic raids in the second part of the second half to help the Thalaivas record a thrilling come-from-behind victory.

The Dabang Delhi KC held a comfortable lead at 17-12 at the end of the first half, but raider Manjeet produced a fantastic performance in the second half as the Steelers levelled the scores in the dying minutes of the match. However, Naveen showcased his brilliance once again as Delhi stole the victory in the last second of the match.