PKL 8: Patna Pirates Thrash UP Yoddha to Storm Into Final 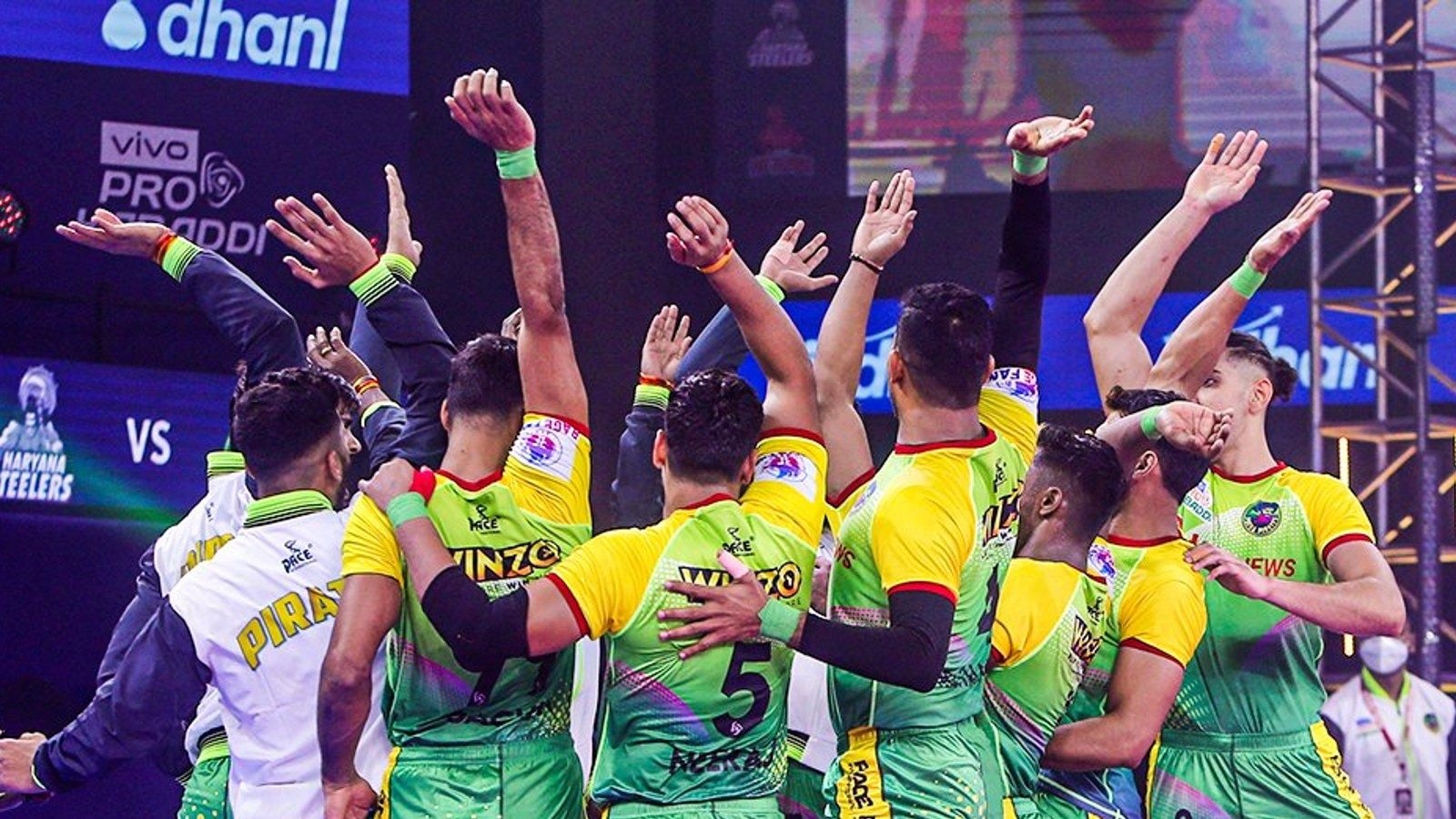 Shadloui and Sunil picked up High 5s for Patna Pirates while at the other end raiders Sachin (7 points) and Guman Singh (8 points) ensured the UP defenders had a difficult night.

UP Yoddha’s Pardeep Narwal had a quiet outing with just 4 points in the entire match. In fact, it was substitute Shrikant Jadhav who performed best for UP Yoddha in attack with 10 points (including 2 for a Super Tackle).

Patna Pirates will play the final on Friday (25 February).

Patna Pirates started on the front foot with their star defender Mohammadreza Shadloui looking in red-hot form. The raiding duo of Sachin and Guman Singh attacked at the other end and even Ashu Singh’s Super Tackle wasn’t enough to prevent an ALL OUT in the 10th minute.

Patna Pirates continued to dominate the proceedings with Prashanth Kumar Rai also joining in the attack with important touchpoints. Pardeep Narwal and Surender Gill had no answers to the Pirates’ high-intensity defending. Once again Ashu Singh produced a Super Tackle on Sachin but that could not stop the Pirates from getting their second ALL OUT in the 17th minute to open a 14-point lead.

Interestingly, all the 7 players of Patna Pirates had contributed with at least 1 point while Pardeep Narwal was yet to get off his mark. The “record breaker” did get two points in the final minutes of the first half but Patna maintained the healthy lead at the interval (23-9).

The Pirates continued to control the mat in the early minutes of the second half. Pardeep and Surender struggled to find errors in the Patna defence while the likes of Guman and Sachin kept the Yoddha defenders guessing. Shrikant Jadhav’s Super Tackle in the 5th minute after the restart gave UP a glimmer of hope but there was no stopping the Pirates.

The three-time champions cleared all the Yoddha men on the mat with another ALL OUT with 11 minutes remaining to open a 17-point lead. Mohammadreza Shadloui picked his High 5 as Patna showed no signs of taking their foot off the pedal. Coach Ram Mehar Singh wanted his side to slow down the pace of the match but Yoddha’s substitute raider Shrikant Jadhav kept them busy.

He became the lead raider for UP in their desperate attempt to make a comeback. They reduced Patna Pirates’ lead to 12 points with 5 minutes remaining.

UP Yoddha inflicted an ALL OUT with under 3 minutes remaining to further reduce Patna’s lead to 7 points. But Patna proved their mettle with a stunning tackle on Pardeep Narwal (by substitute Monu).

Sachin then followed it up with an important raid point. They made it an 11-point lead with a minute remaining and ensured there were no slip-ups in the dying seconds to enter the final.