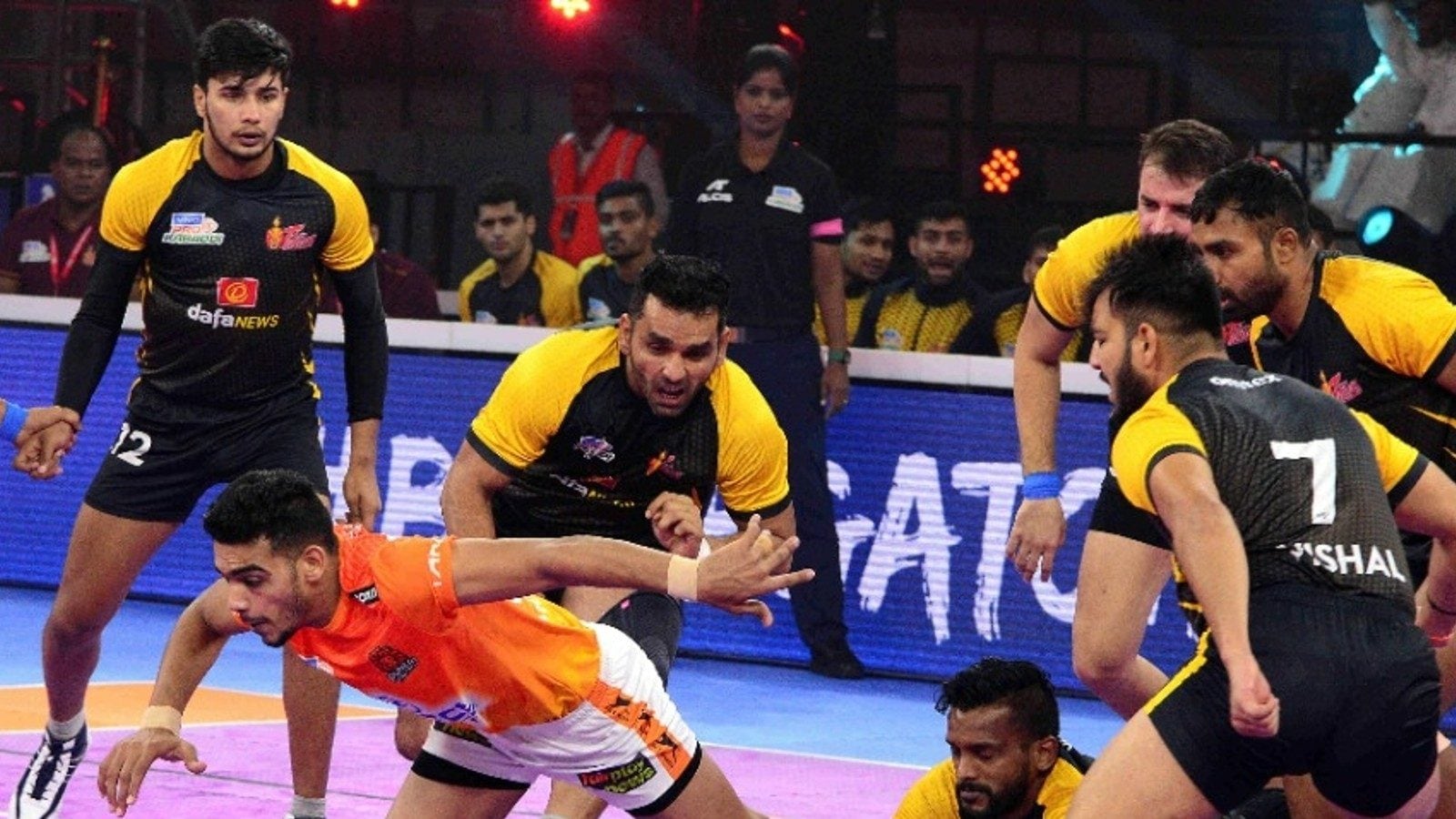 Both sides fought neck-to-neck in the last few minutes of the match until Paltan’s Inamdar held his nerve and took his team over the line. With a few seconds left, it all fell on Aslam Inamdar to salvage something from the game. A crucial error, by Titans’ Monu Goyat, meant the Puneri Paltan got the point they needed to notch their second win of the season

Both sides fought neck-to-neck in the last few minutes of the match until Inamdar held his nerve and took his team over the line.

A cautious start by both teams led to a slow, low-scoring first half. The pick of the raiders was Puneri Paltan’s Mohit Goyat, whose constant touchpoints kept the Titans on their toes, but never really put them in true danger of an All Out.

Throughout the first half, Pune’s defensive output almost matched their raiders. It was only Siddharth Desai’s penchant for getting bonus points that kept the Titans in the hunt. The teams went into the break with Paltan leading 11-9.

The Paltan raced out of the blocks in the second half, and within just a few minutes had caused the first All Out of the game, their defence catching out the last man Monu Goyat on a raid to rack up a 16-11 lead.

Despite Desai picking up some crucial points, and constantly remaining a thorn in the Paltan defenders’ flesh, the Titans never actually managed to seriously reduce the lead too much.

With barely a quarter of the game left, the Titans suddenly started to pull the lead back. It started with a brilliant Super Tackle by Surjeet Singh on Mohammad Nabibaksh to cut the lead down to three.

https://www.youtube.com/watch?v=Z32_Ki9diiI” width=”942″ height=”530″ frameborder=”0″ allowfullscreen=”allowfullscreen”></iframe> <p>On their next raid, Vinay’s Super Raid caught out three Paltan players – Mohit Goyat, Rakesh Ram, Sanket Sawant – and a bonus, as the Titans rushed into a 22-21 lead – the first time they did so in the match.</p> <p>From there on the game turned into a close contest, both teams upping the level of the game to give the fans in the stadium a real show. A breathless affair culminated in a final-minute verdict with the Paltan leading by one single point 25-24. On the Titans’ last raid, Desai got the bonus point to tie the game.</p> <p>With a few seconds left, it all fell on Paltan’s Aslam Inamdar to salvage something from the game. A crucial error, by Monu Goyat, meant the Puneri Paltan got the point they needed to notch their second win of the season.</p> <p>Read all the <a href=Latest Sports News and Breaking News here