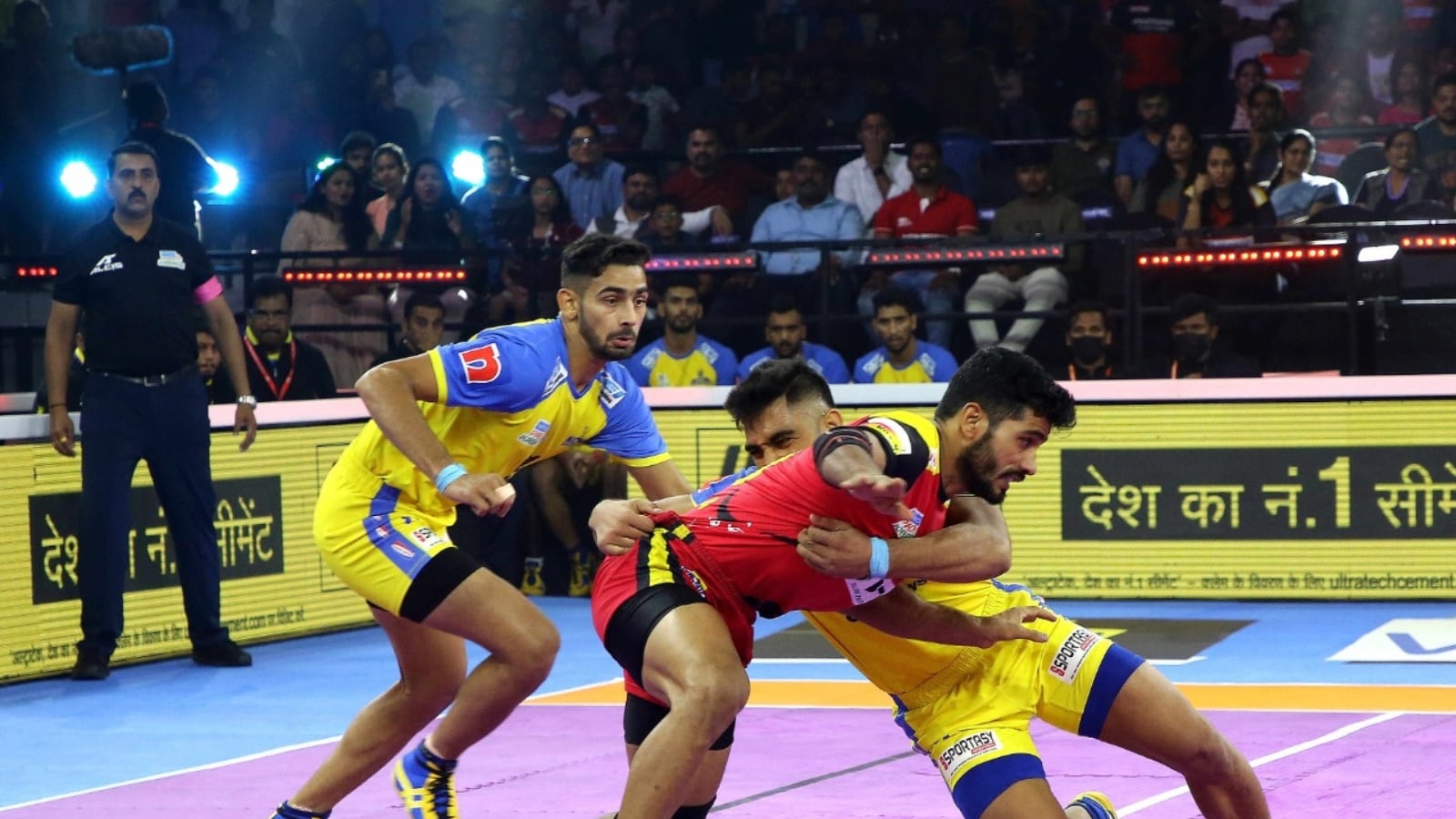 Bengaluru Bulls recorded their third win of the season, beating Tamil Thalaivas 45-28 in front of a packed audience at the Shree Kanteerava Indoor Stadium on Wednesday.

With this win, Bengaluru Bulls climbed to the third place in the points table. Bharat (12 points), Vikash Kandola (7 points) and Neeraj Narwal (5 points) were the pick of the raiders for the Bulls who broke a two-match losing streak in emphatic style.

Both teams traded points to kick off the game, and much like the evening’s first game, both defences were lax in their application, allowing raiders the opportunity to add to their tallies with ease.

It didn’t take long – barely halfway through the first period – though, for the Bulls to open up a sizable lead. Bharat, on only his second raid of the evening, got a SUPER RAID taking out M Abishek, K. Abhimanyu and V Visvanath to induce the first ALL OUT of the game and give the Bulls a 11-5 lead.

The Thalaivas slowly chipped away at that considerable lead as the half wore on, mostly getting bonus points of their own. But just as it seemed the Thalaivas were getting back into the game, the Bulls seized control again. Neeraj Narwal’s heroics at both ends of the mat ensured the home team went into the break leading 18-12.

The Bulls’ momentum continued into the second half, Bharat using his reach and speed to constantly get touch points for his team. Left with just two men on the mat, for the Thalaivas, another ALL OUT loomed ahead. At that precise moment though, Aashish initiated a brilliant SUPER TACKLE, taking out Kandola to prolong his team’s capitulation.

It didn’t last long though, as Bharat again proved the difference through a two-point raid, which helped his team inflict a second ALL OUT on the Thalaivas as the Bulls extended their lead at 27-18.

The Thalaivas briefly threatened a comeback, which was quickly snuffed out by Kandola who induced a third ALL OUT on them as the home team cruised to the win.