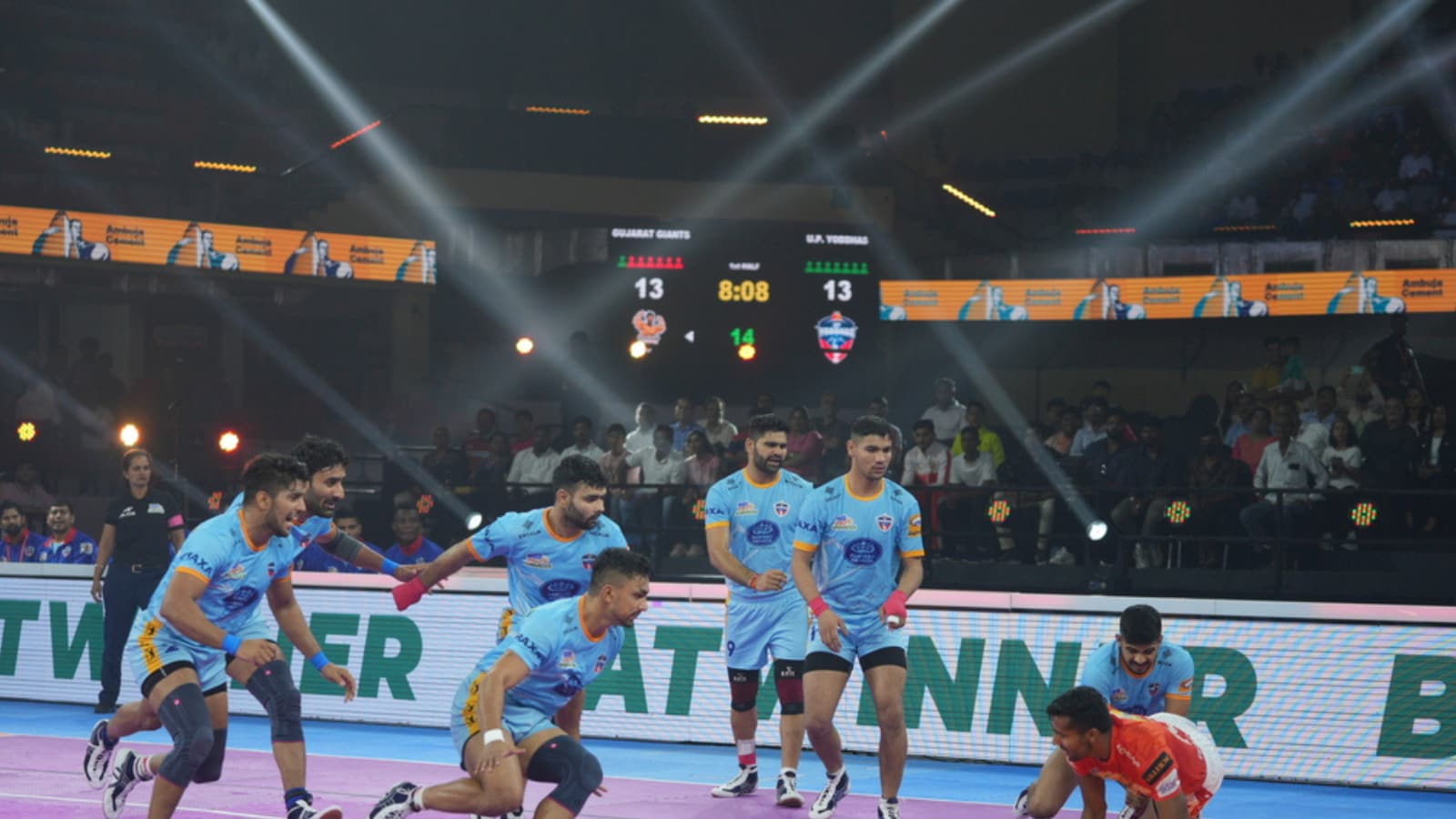 Captain Chandran Ranjit led from the front with 20 points to help the Gujarat Giants defeat UP Yoddhas 51-45 in the Pro Kabaddi League on Wednesday.

Ranjit received able support from his fellow raider Rakesh, who racked up 16 points in the match.

Chandran Ranjit stepped up with a couple of raids for Gujarat, but Surender Gill also picked up raids for UP as both sides traded points in the first five minutes of the match.

However, Pardeep Narwal pulled off a SUPER RAID in the 9th minute to help the Yoddhas take the lead at 10-7. But, moments later, Ranjit effected a fantastic raid and helped his side to regain the lead at 12-11.

But the Yoddhas inflicted an ALL OUT in the 12th minute and attained a stronghold of the match at 16-14. Defenders Ashu Singh and Sumit also joined the party for UP as the team widened its lead at 19-15.

Ranjit and Rakesh pulled off raids for Gujarat, but the Yoddhas managed to stay ahead at 21-19 at the end of the first half.

The Giants showed more determination and inflicted an ALL OUT in the opening minutes of the second half to take the lead at 25-23.

Moments later, Ranjit effected a SUPER RAID and reduced the Yoddhas to three players on the mat.

Gujarat kept raging on and inflicted another ALL OUT in the 28th minute to take a massive lead at 37-29.

Rakesh continued to showcase top form as the Giants stayed in the lead at 42-35 in the 35th minute. Soon after, Gujarat sealed the deal after effecting another ALL OUT and taking a huge lead at 49-38.

Pardeep Narwal pulled off a SUPER RAID in the dying minutes of the match, but the Giants held on to their lead and eventually walked off the mat as winners.