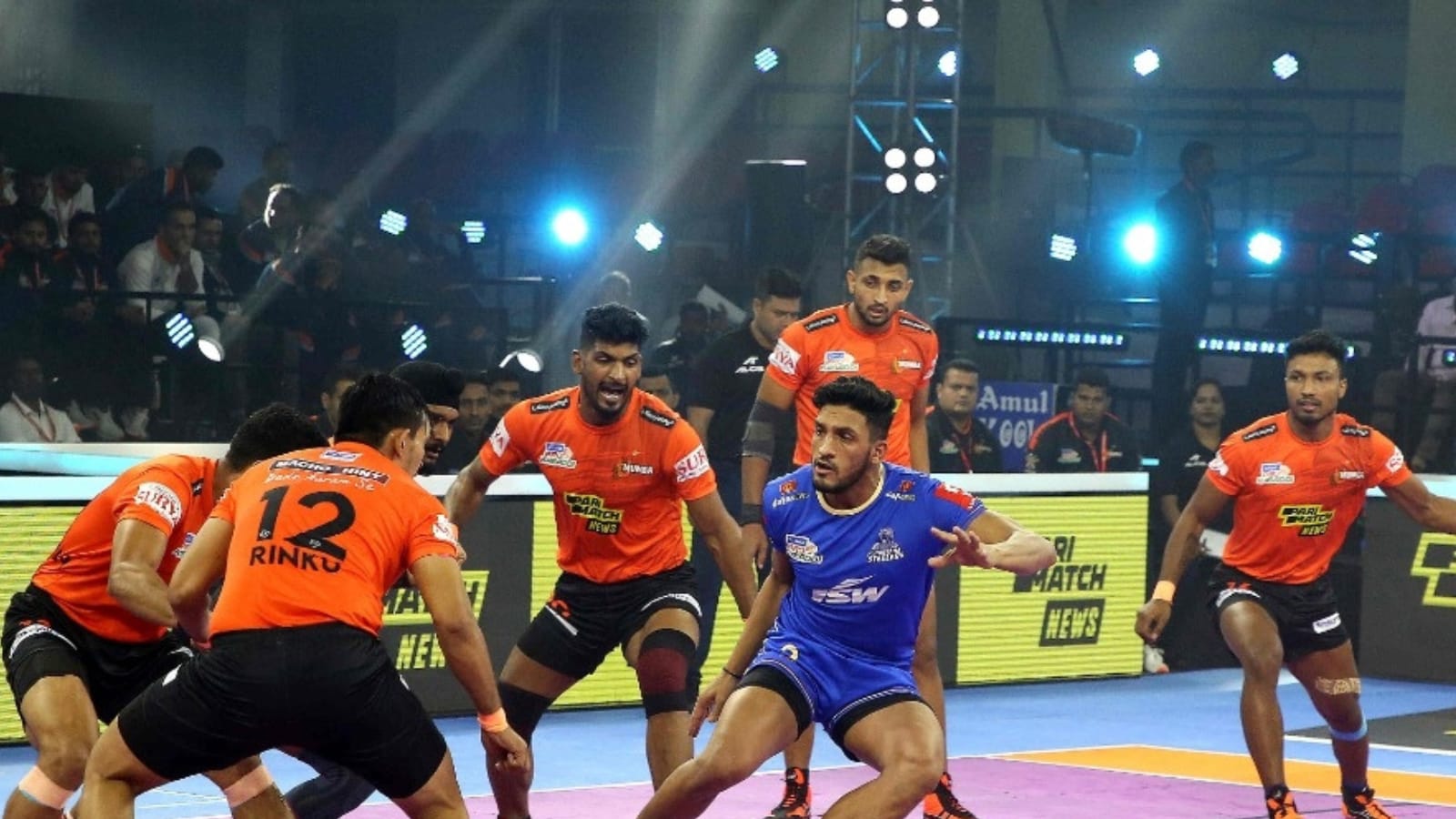 Star performers Guman Singh and Jai Bhagwan helped U Mumba to register a thrilling 32-31 victory against the Haryana Steelers in the Pro Kabaddi League Season 9 at the Shree Kanteerava Indoor Stadium on Friday.

While Guman Singh picked up the first points for U Mumba, it was Meetu Sharma who got the Haryana Steelers off the mark. U Mumba’s defensive unit didn’t allow the Steelers to edge ahead as Jai Bhagwan and Co inflicted an All Out to give U Mumba a good lead as the midway stage of the first half approached.

U Mumba pressed home their advantage and continued to pick up points quickly as the Steelers’ task became tougher, in what was a pacy game. However, Nitin Rawal and Manjeet’s Super Tackle kept the Steelers in the hunt. At the midway point, U Mumba led 17-15, but, the momentum was firm with the Steelers.

U Mumba regained the momentum and surged ahead in the early part of the second half to widen their lead further. But Amirhossein Bastami and Sushil led the fightback for the Steelers as U Mumba’s lead continued to be reduced by the play. The Steelers took the lead with less than seven minutes to go when Jaideep Dahiya helped his team inflict an All Out.

The Steelers fought hard in the final phase of the game and seemed to have proceedings going their way, but Guman Singh picked up a couple of crucial raids to help his team clinch a thriller.