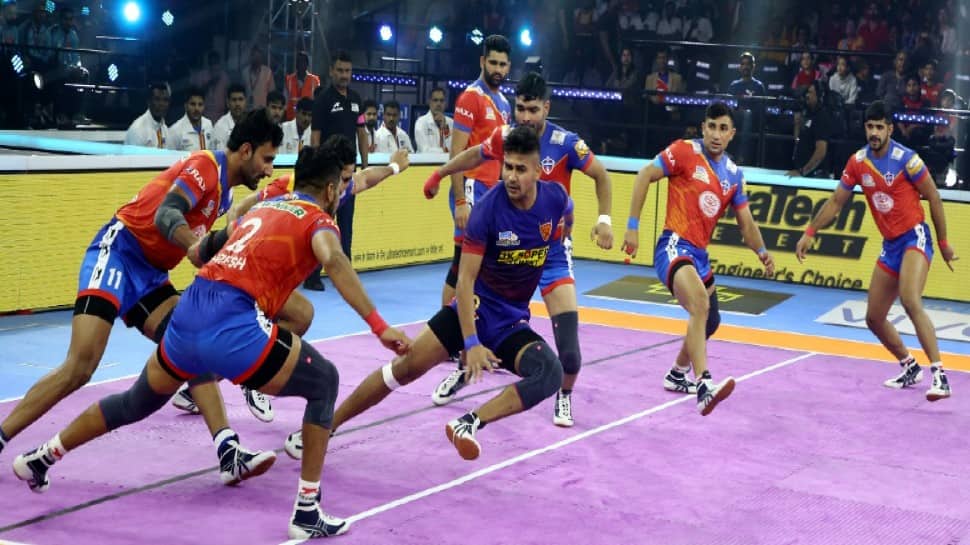 Captain Naveen Kumar and teammate Manjeet displayed great character in Dabang Delhi KC’s emphatic victory over the UP Yoddhas in the vivo Pro Kabaddi Season 9 match at the Shree Kanteerava Indoor Stadium in Bengaluru on Wednesday (October 12). At half-time, Dabang Delhi KC were trailing by 6 points with the scoreboard showing 19-25 against the UP Yoddhas. Heroic performances from Naveen and Manjeet guided their team to a thrilling victory of 44-42 at full-time.

Speaking about the match, Delhi head coach Krishan Hooda said, “I told Naveen that I don’t care about the result at half-time. This is a league match. So, I told him to show his best game and work hard. I knew that we would win the game. The fans’ immense support also helped us during our game. Naveen is with us so obviously the fans will be on our side.”

Earlier in the day, Bengal Warriors registered their second consecutive victory after defeating Bengaluru Bulls 42-33 in the vivo Pro Kabaddi League Season 9. Defender Girish Maruti Ernak, who chipped in with another High 5, expressed, “The credit for my form goes to our coach. He trained us well before the season. Our coach worked on all of my weaknesses and gave me confidence. The coach has told me to play freely and not take any pressure. I look to give my 100 percent on the mat.”

The Voting Booth for the Moment of the Season is now open:

Tamil Thalaivas vs U Mumba: The Tamil Thalaivas will be looking to register their first victory of this season when they take on U Mumba on Friday. However, they will face a strong challenge from U Mumba raiders Guman Singh and Jai Bhagwan, who showcased top form in their last game against UP Yoddhas.

Gujarat Giants vs Puneri Paltan: In the last match of the day, the Gujarat Giants and Puneri Paltan will be looking to get the monkey off the back by registering their first victory of the season. Raiders Aslam Inamdar and Mohit Goyat have been playing exceptionally for Puneri, while Rakesh has led the raiders’ charge for Gujarat.

Season 9 of the vivo Pro Kabaddi League will be broadcast live on the Star Sports Network and Disney+ Hotstar from 7:30 PM onwards.