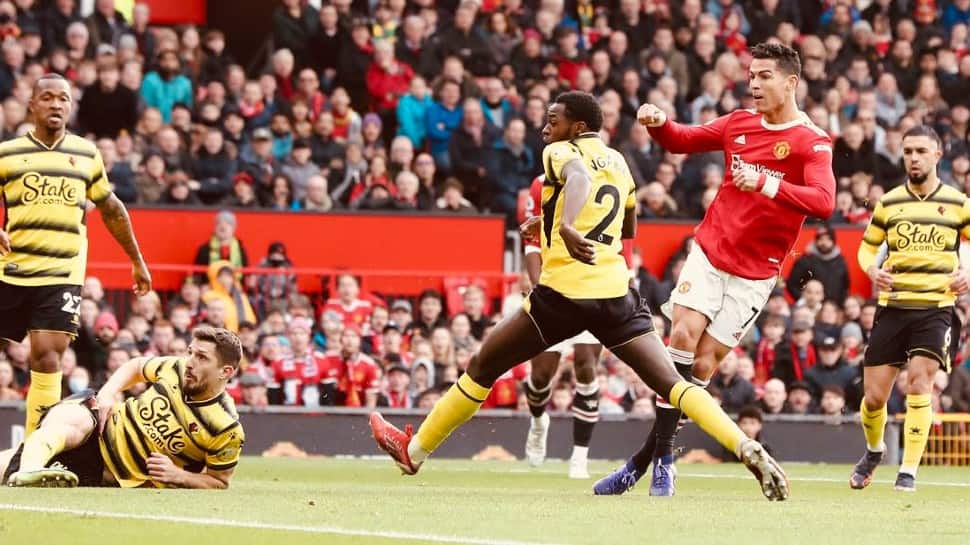 Watford earned a first-ever Premier League point at Old Trafford with a goalless draw on Saturday that dents Manchester United’s hope for a top-four finish in the Premier League.

Man Utd had 67 percent possession and 22 shots but could not find a way past a Watford side who have now kept three clean sheets in six matches under Roy Hodgson.

Cristiano Ronaldo hit a post five minutes in before Bruno Fernandes had two chances to score, being denied by a brilliant Ben Foster save before heading Ronaldo’s cross-over.

In the second half, Anthony Elanga shot wide following brilliant build-up play including a Paul Pogba flick, while Ronaldo had a shot blocked behind.

Ralf Rangnick brought Jadon Sancho and Marcus Rashford off the bench but they could not break Watford’s resistance. Ismaila Sarr fired just over as Watford nearly snatched a winner.

The point extends Man Utd’s unbeaten run to eight matches and keeps them in fourth on 47 points, two above Arsenal who have three matches in hand.

Watford remain 19th with 19 points, three from safety but having played more matches than both Burnley and Everton directly above them.