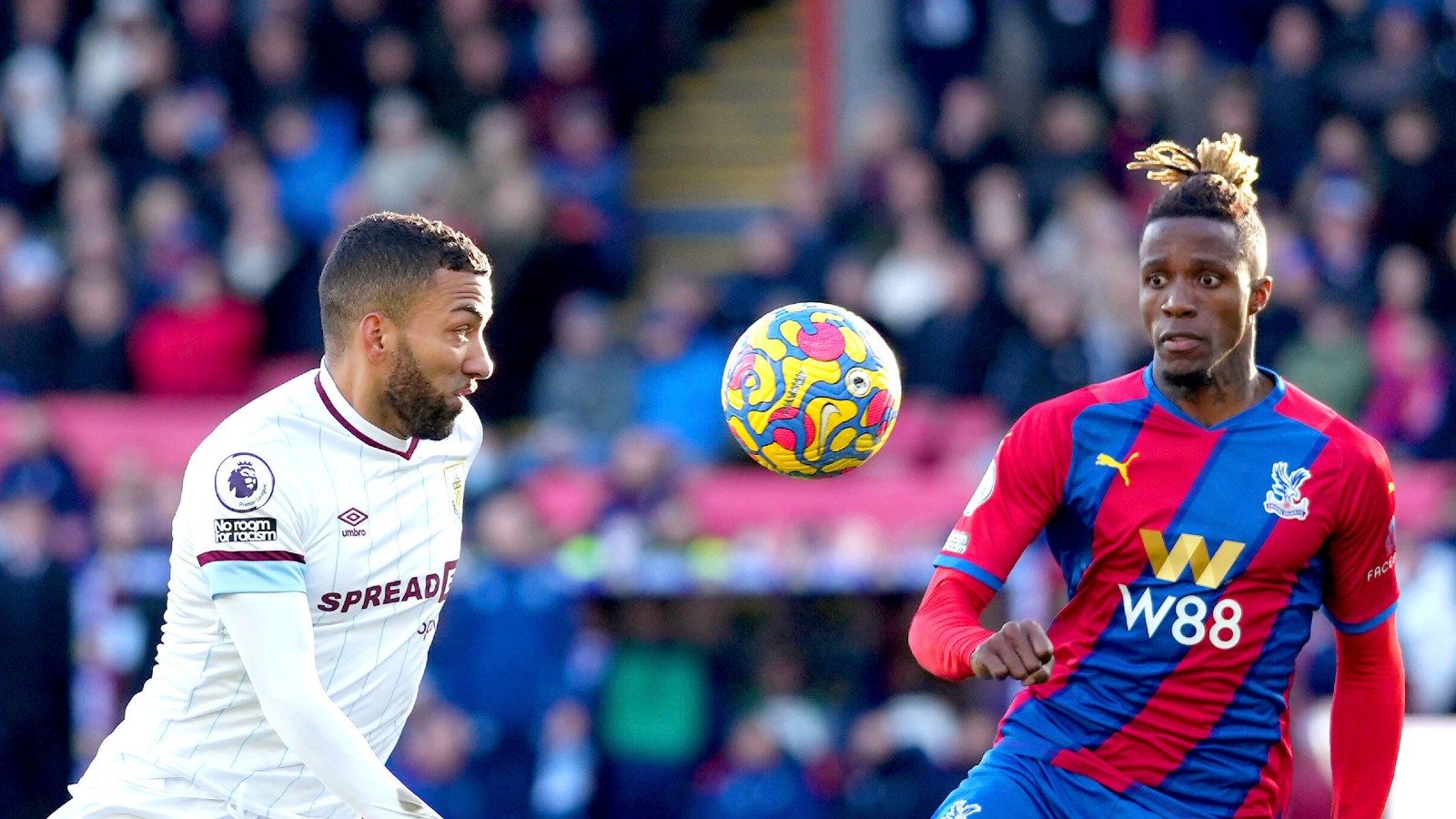 Burnley’s Premier League bid to get out of the relegation zone hit a bump in the road on Saturday when they drew 1-1 at Crystal Palace, snapping a two-game winning run and leaving Sean Dyche’s side in 18th place.

Palace took an early lead when Michael Olise drew two defenders out on the right flank, danced his way past both, and curled in a cross that was slotted home by Jeffrey Schlupp.

At the other end, Palace were very compact whenever they lost possession, and Burnley failed to register a single shot that tested Jack Butland in goal in the first half.

But that changed a minute into the second half when a long ball was nodded down in the box by Jay Rodriguez and latched onto by Aaron Lennon, whose shot was turned in by Palace midfielder Luka Milivojevic for an own goal.

Burnley’s Wout Weghorst also had a goal chalked off for offside in the buildup, while Wilfried Zaha hit the post. But both sides shared the spoils, leaving Burnley in 18th while Palace moved up to 11th.