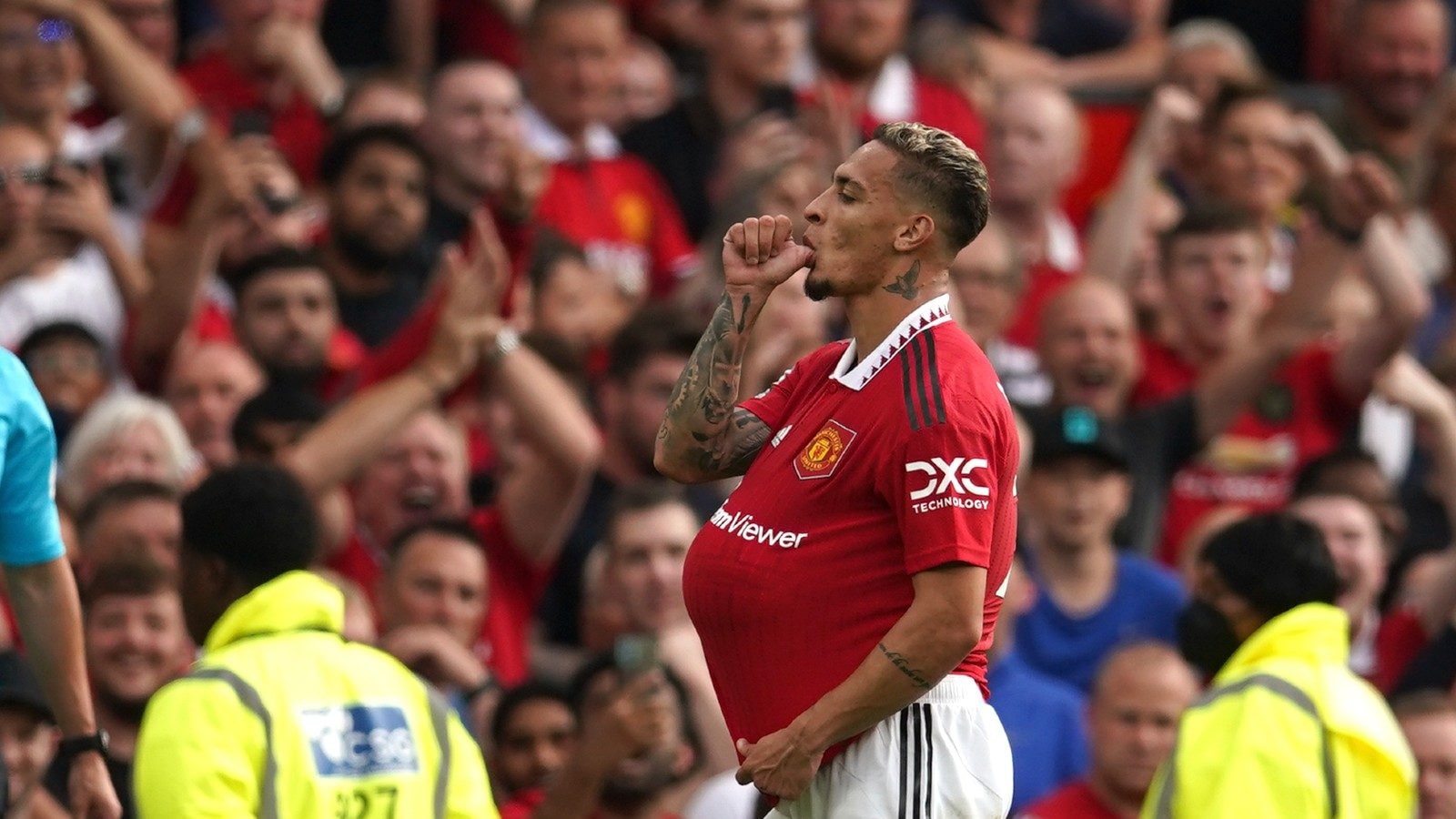 Remember that time, not so long ago, when there was a crisis at Manchester United?

After four straight wins, it seems like a dim and distant memory.

The latest sign that United is well on the road to recovery came on Sunday with a 3-1 win over Arsenal, whose 100% start to the season came crashing to an end.

There were still anti-Glazer chants inside and outside Old Trafford, it feels like they are here to stay, whether the team wins or loses, but they are now accompanied by frequent and jubilant roars for goals.

Two of them were scored in the second half by Marcus Rashford to sweep United to victory after Arsenal pulled it back to 1-1 through Bukayo Saka, but the opening goal felt the most significant.

Antony, United’s latest big signing from Ajax for $95 million, marked his first match in English soccer with a goal from a curling, first-time finish in the 35th minute, crowning a performance that featured a slew of jinks, feints and exaggerated stepovers that thrilled home fans. He came off in the 58th to a standing ovation to be replaced by Cristiano Ronaldo, who again had to settle for a starting spot on the bench.

Since that humiliating 4-0 loss at Brentford that sparked a crisis and some doubts around the wisdom of hiring Erik ten Hag as manager, United has beaten Liverpool, Southampton, Leicester and now Arsenal, the league leader.

After six games, United is only three points behind Arsenal and two behind Manchester City, the title favourite.

How quickly things have turned around.

There’s a strong chance Brendan Rodgers won’t be Leicester’s manager by the time the team plays its next game.

Leicester was embarrassed in a 5-2 loss at Brighton, leaving Rodgers’ team in last place on just one point from six games. It wasn’t just the defeat but the manner of the performance that will worry Rodgers, and more importantly Leicester’s owners.

The defending was extremely soft as goals by Moises Caicedo, Leandro Trossard and Alexis Mac Allister — via a penalty and a direct free kick — along with an own-goal by Luke Thomas saw Brighton cruise to a victory that could have been even heavier.

That’s 16 goals conceded by Leicester already and it seems neglectful for the club to have only signed one outfield player and a third-choice goalkeeper in the summer transfer market given the state of the squad.

Rodgers even called out Leicester’s owners in midweek, saying he had “not had the help in the (transfer) market this team needed.”

Scott Parker made a similar remark after Bournemouth’s recently 9-0 loss at Liverpool and was fired a few days later. Rodgers could yet be heading the same way after 3 1/2 years in charge.