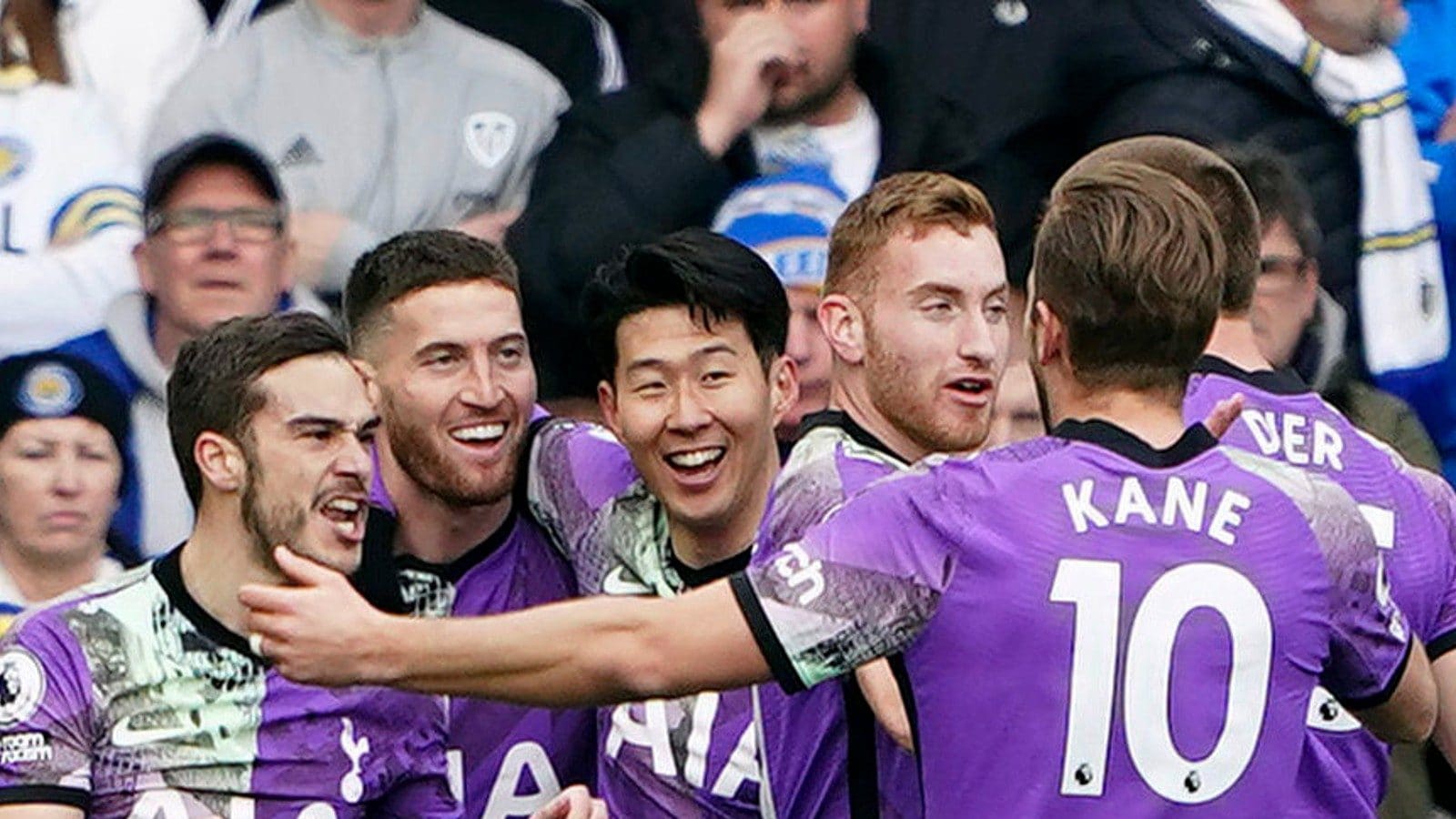 Tottenham became the latest team to rip through Leeds’ fragile defense, winning 4-0 at Elland Road on Saturday to give manager Antonio Conte something to smile about this time.

Matt Doherty, Dejan Kulusevski, and Harry Kane scored goals in the opening 27 minutes and Leeds’ players were booed off at halftime.

Son Heung-min added a fourth in the 85th minute, running onto an exquisite long pass from Kane to finish past goalkeeper Illan Meslier, and it was the 20th goal that Leeds has conceded in five games in February. That’s a Premier League record for goals allowed for a single month.

The win saw Tottenham bounce back from a 1-0 loss at Burnley on Wednesday, after which an emotional Conte cast doubt on his own ability to get Tottenham competing for titles and even questioned his future at the club.

While Spurs climbed into seventh place and are still well in the fight for the Champions League qualification spots, Leeds are just three points above the bottom three and undoubtedly embroiled in a relegation scrap.

Since drawing 3-3 at Aston Villa, Leeds have lost 3-0 at Everton, 4-2 at home to Manchester United, 6-0 at Liverpool and now been beaten heavily by Tottenham, with manager Marcelo Bielsa refusing to eschew his attacking philosophy that can appear naive against the big teams.

It was another clinic of center-forward play by Kane, who set up a slew of chances by dropping deep and threading through-balls. The England captain also netted a great goal himself, meeting a lofted pass by Pierre-Emile Hojbjerg with a deft volley from an acute angle.

Doherty scored the first by slotting home a cross from fellow wing back Ryan Sessegnon, and January signing Kulusevksi continued his strong start with his new club by cutting in from the right and shooting inside Meslier’s near post to make it 2-0.

Cameroon vs Brazil Live Streaming FIFA World Cup 2022: When and Where to Watch CAM vs BRA Match Live Online and on TV

Search is on for a permanent venue

Cameroon vs Brazil Live Streaming FIFA World Cup 2022: When and Where to Watch CAM vs BRA Match Live Online and on TV