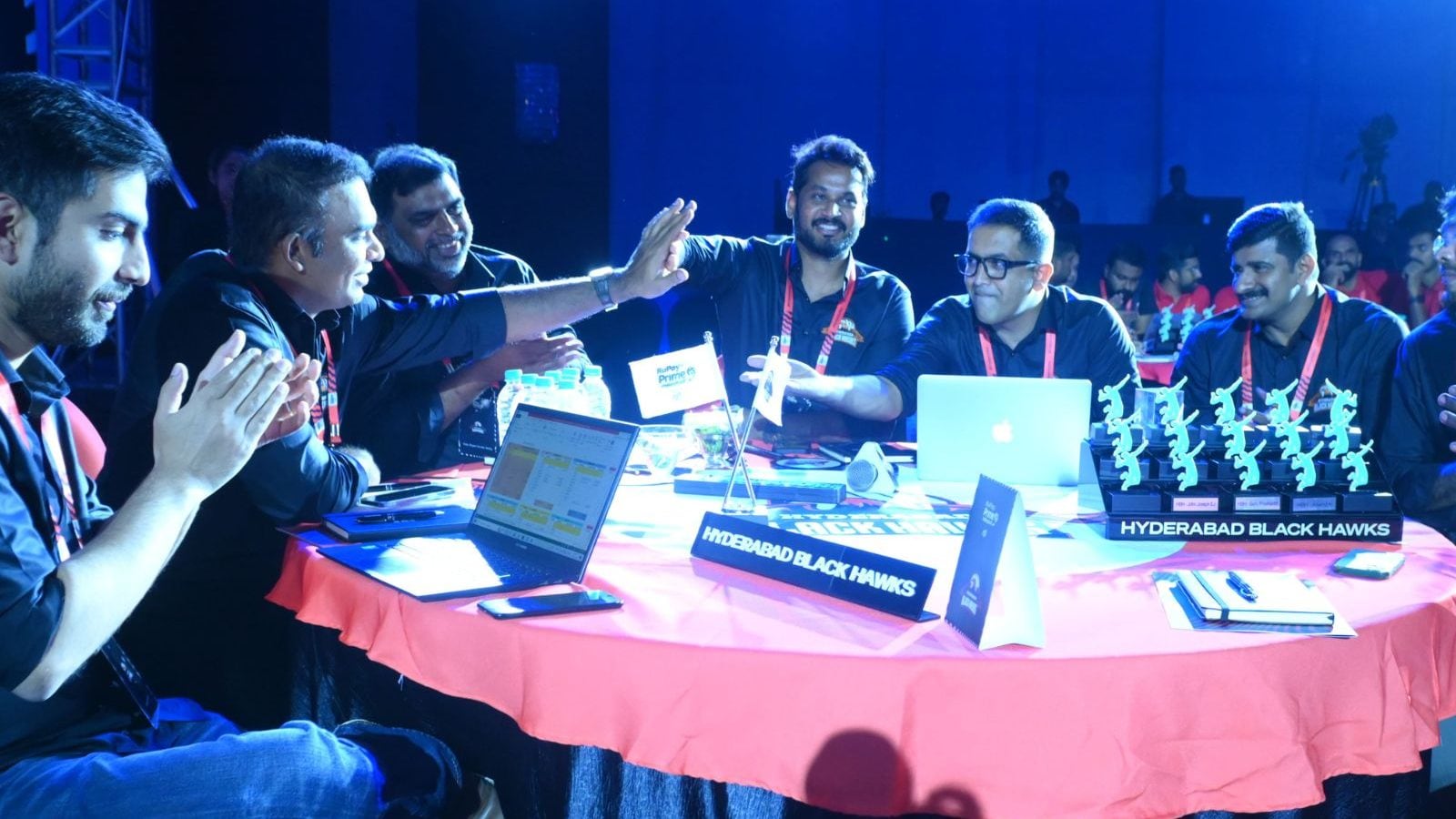 A total of 75 players were sold between eight franchises after the bidding ended at the second edition of RuPay Prime Volleyball League Auctions, powered by A23, at the Hyatt Regency, Salt Lake, Kolkata on Thursday. With 531 players registering their names this time for the auctions, the second season of RuPay Prime Volleyball League, powered by A23, is touted to be even bigger and better this time around.

With the league, which is exclusively co-owned and marketed by India’s leading sports marketing firm, Baseline Ventures, onboarding Volleyball World as an International Streaming partner, Indian volleyball players will have a glorious opportunity to showcase their talents to the world for the first time.

Attacker Rohit Kumar was acquired for the highest bid of Rs 17.5 lakhs by Kochi Blue Spikers, while the 34-year-old setter Ranjit Singh and young attacker Chirag Yadav were bought at Rs 12.25 lakhs by Hyderabad Black Hawks and Calicut Heroes, respectively.

Joy Bhattacharya, CEO, RuPay Prime Volleyball League, powered by A23, said, “We expected a thunderous response at the auctions after the success of our first edition, and yet it has been absolutely fantastic to see that they have still managed to exceed all our expectations this year. All the franchises came prepared with clear strategies in mind on which players they want to include in their team set-up. It is always exciting to see fresh squads being formed and I am confident the upcoming season will be an action-packed one.”

Tuhin Mishra, Co-Founder & MD, Baseline Ventures, said, “I think the auctions were phenomenal and a great success. All the teams came prepared with strategies and it was fantastic to see how much everyone in the country is getting invested in the sport. We have expanded ourselves this season with a new team this time, and there were plenty of fresh faces who came in for the first time in the auction pool and earned big bucks. It was great to see the excitement of all the franchises at the auctions, and these are signs of a revolution in the sport of volleyball.”

For Season 2, which is expected to commence in early 2023, the commercial arm of global body of Volleyball (Fédération Internationale de Volley Ball, FIVB), Volleyball World has joined hands with PVL coming on board as the International streaming partners in a multiyear association. Sony Sports Network continues to be the host broadcaster & the fans are looking forward to exciting 31 games to be played in Season 2 of RuPay Prime Volleyball League powered by A23.