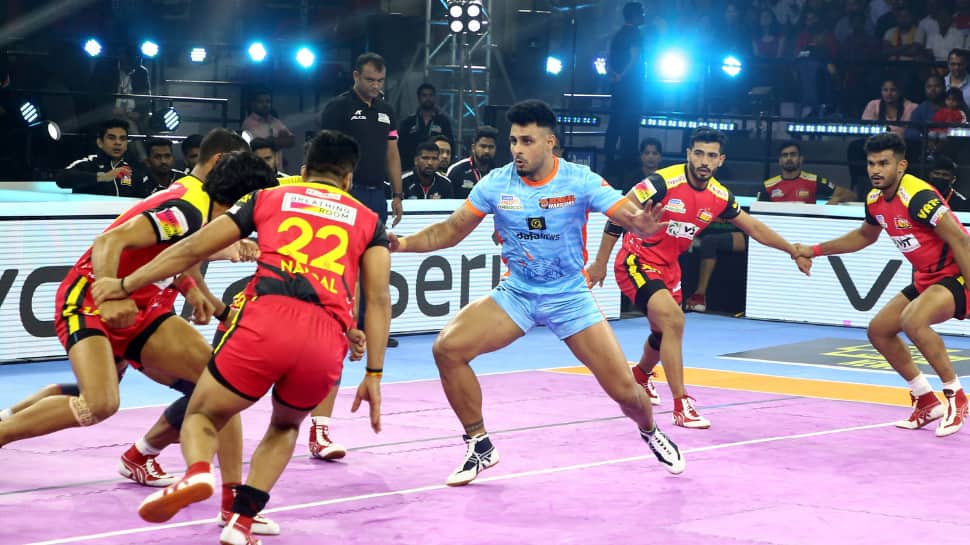 The Bengal Warriors picked up their second consecutive victory after taking down Bengaluru Bulls 42-33 in the Pro Kabaddi League Season 9 at the Shree Kanteerava Indoor Stadium in Bengaluru on Wednesday. Captain Maninder Singh was the star performer for the Warriors with 11 points, while raider Shrikant Jadhav contributed with 6 points. Girish Maruti Ernak pulled off a couple of brilliant tackles as Bengal Warriors inched ahead at 3-1. However, Aman tackled Shrikant Jadhav and moments later, Bharat effected a raid to help the Bulls gain the lead at 5-4 in the 10th minute. The Bengaluru defense unit led by Aman showcased top form and reduced the Warriors to just two players on the mat in the 12th minute. Thereafter, the Bulls inflicted an ALL OUT in the 17th minute and took a massive lead at 14-9. But, the Warriors came roaring back through stupendous raids by Maninder Singh and regained the lead at 15-14 at the end of the first half.

The Bengal team rode on the momentum and inflicted an ALL OUT in the opening minutes of the second half to widen their lead at 20-17. Maninder continued to chip in with raid points as the Warriors earned a 9-point lead at 27-18 in the 28th minute. Moments later, Bengal inflicted another ALL OUT to take complete control of the match. Vikash Kandola effected a couple of raids in the last few minutes of the match, but Bengaluru couldn’t catch up with the Warriors. The Bengal team held on to their lead and closed out a clinical victory in the end.