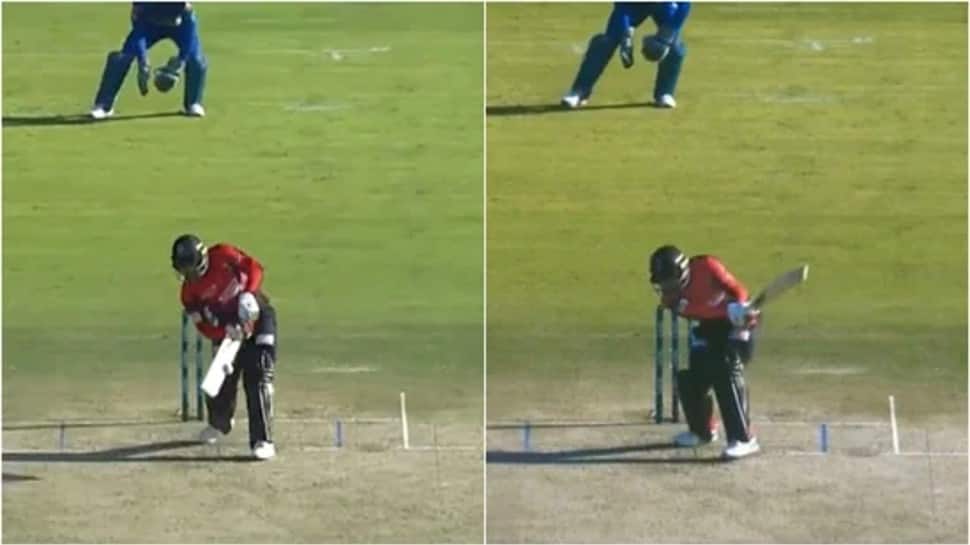 Afghanistan star player Rashid Khan, who is known for his lethal leg spin, showed that he can also do wonders with the bat as he smashed a six without even looking at the ball during the Pakistan Super League (PSL) on Saturday (January 30).

Playing for Lahore Qalandars, Rashid showed off of his blazing six-hitting skills during the game against Multan Sultans, scoring an unbeaten 17 off four deliveries in the final over of the innings to take his side’s score past 200.

In the process, Rashid stunned fans by hitting an astonishing ‘no-look’ six with the flick of a wrist on the bowling of Shahnawaz Dahani.

Talking about the match, a dominating 150-run stand between openers Shan Masood and Mohammad Rizwan followed by a scintillating finish by Khushdil Shah handed Multan Sultans a five-wicket win over Lahore Qalandars in the ongoing PSL 2022.

This is Multan’s second win in as many matches after they defeated Karachi Kings on the opening night of PSL 2022.

Shan and Rizwan made 83 off 50 (14 fours and a six) and 42-ball 69 (six fours and three sixes) respectively and put together the highest partnership for any wicket for Multan to set the platform to surmount a mammoth target of 207.

Khushdil who arrived at the crease on the edge of the last over when Shaheen Afridi dismissed Tim David on the last ball of the penultimate over, spanked three fours and a six to chase down 16 off the last over with two balls spare.

It is worth mentioning that, Lahore Qalandars had set such a high target due to Fakhar Zaman’s blistering 76 that he scored a strike rate of over 217.