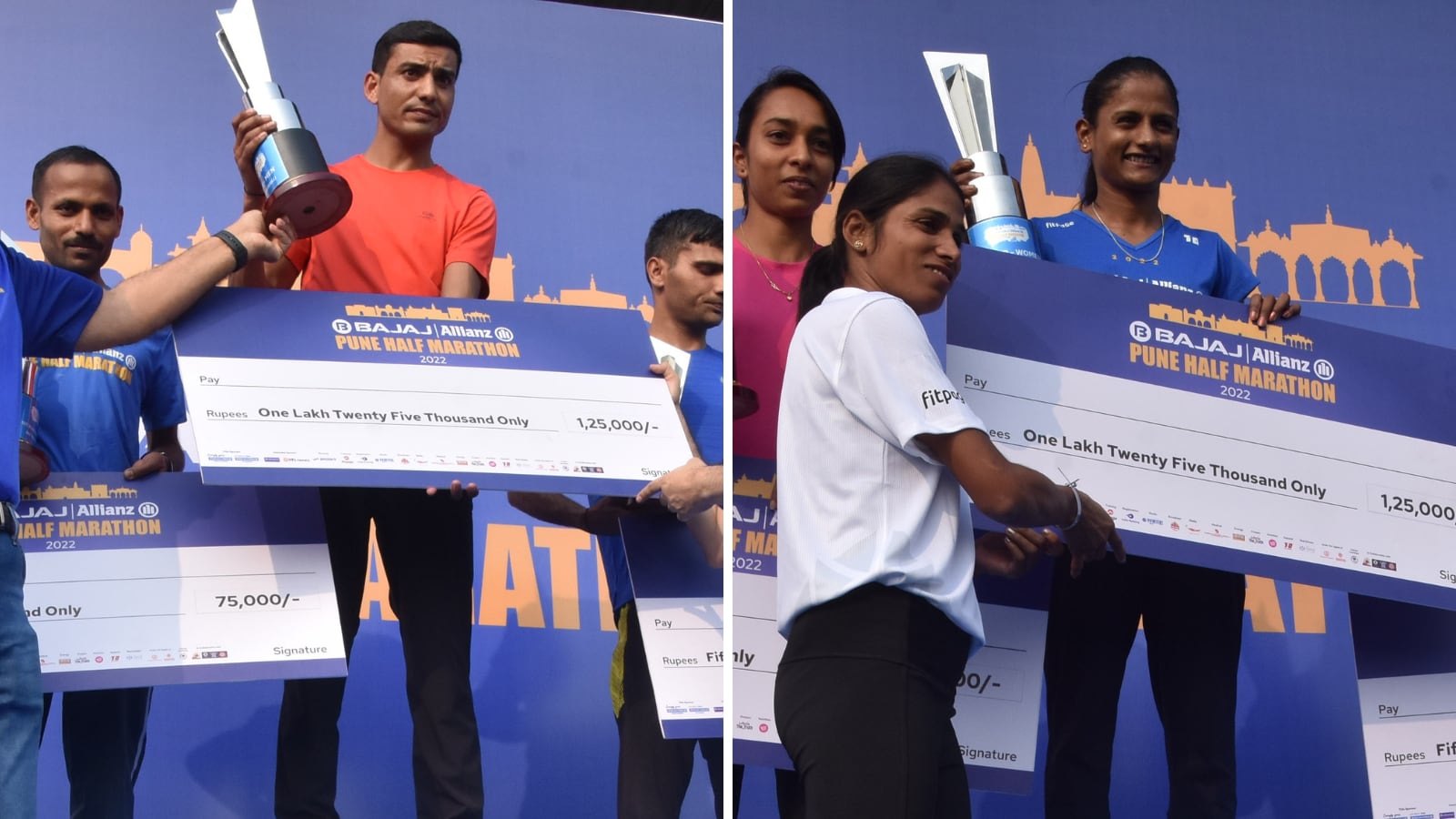 Deepak Rawat and Reshma Dattu won the men’s and women’s Bajaj Allianz Pune Half Marathon (BAPHM) respectively. The marquee event of Pune’s long distance running calendar has now completed its third edition, which saw over 16,000 runners and running enthusiasts participate. Arjuna awardee and reputed distance runner Sudha Singh flagged off the 3rd BAPHM in the presence of other dignitaries.

Sharing her thoughts before the flag-off, Sudha Singh urged enthusiasts to take up distance running seriously saying, “It is time that India made use of its full potential in distance running and more and more youngsters take to the sport in a more professional way. Not only is it the ultimate exercise if done professionally, but athletes like Avinash Sable in recent times have shown, that we can be the best in the world, if we put our hearts and minds into it. I congratulate the BAPHM organisers for their commitment to fitness and distance running and wish all the participants today, all the very best. Enjoy your run.”

Speaking after the race, Mr. Vikas Singh, CEO, APG Running and fitpage, said, “It was wonderful to see Punekars come out in such large numbers to support the BAPHM. The city had a tough time during the pandemic and it was heartening to see the smiles on so many faces together after a long time. The spirit of the city urges you to do more and we are confident that with the continued support received for the BAPHM upon its resumption this year post pandemic, we will make it one of the biggest running events in the country going forward.”

This year, the BAPHM had also declared a prize money of approximately INR 28 lakhs, up from INR 21 lakhs from the second edition, to be won across its race categories. The BAPHM promotes Indian runners and so all prizes are reserved for Indian citizens only. It features primarily four categories, which include the half marathon (21.1 km), a 10 km run, a 5 km run and a 3 km (family and fun) run.