Punjab election results 2022: Bhagwant Mann gave this answer if there is a chance to form the government in coalition 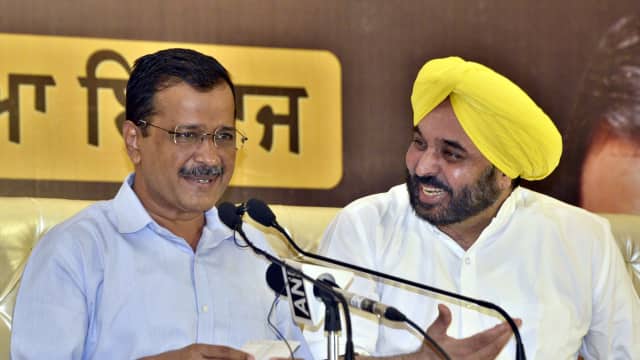 punjab election results 2022: Not much days are left for the results of the assembly elections in Punjab to come out. If all exit polls are to be believed, then the Aam Aadmi Party government is going to be formed in Punjab and Bhagwant Mann will be the CM of Punjab. In a conversation with a TV channel, Bhagwant Mann said that the illusion of those who are calling the exit polls false, is going to break on March 10. Mann also answered the question, in which he was asked that if he gets a chance to form a coalition government in Punjab, whose side he will take.

Bhagwant Mann, the face of Aam Aadmi Party in Punjab, has been continuously claiming even before the exit polls that this time the people of Punjab are going to give their blessings to AAP. According to the report published in ABP News, Bhagwant Mann has claimed that this time the election of all the veterans is going to be exposed. Those who call themselves Turram Khan in Punjab politics are about to find out about their plight.

Which party will you tie up with?
Bhagwant Mann was asked what would he do if he got a chance to work with any party to form the government in Punjab? To this Mann said that it was impossible to do so as the Aam Aadmi Party was winning in Punjab with historic votes.

So what will Sidhu lose?
In the exit polls for Punjab elections, it is being claimed that Navjot Singh Sidhu is losing from his Amritsar East seat, defeating AAP candidate Jeevan Jeet Kaur. Although Mann did not say anything on this, but definitely said that in this election all the veterans are going to know their reality. Now just waiting for 10th March.

WTC Points Table: Pakistan’s loss due to Sri Lanka’s victory, know which number India is at