Putin unable to win over Ukraine? Russia said – goals can be achieved even through talks 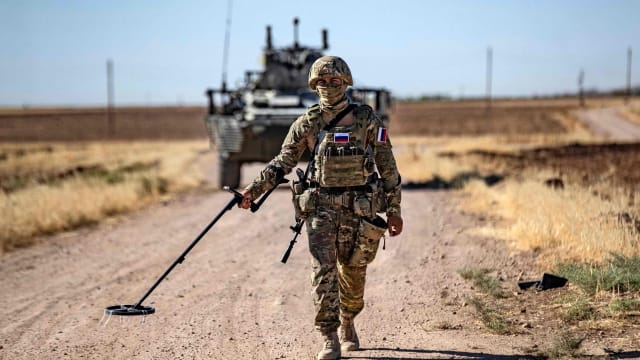 Russia may be making big claims about the war in Ukraine, but some of its recent moves testify that not everything is as Putin had predicted. Russia said on Thursday that the goals of its “special military operation” in Ukraine remain unchanged, but they can also be achieved through dialogue. Russia may not have called for direct talks, but it has acknowledged that the Ukraine issue can be resolved through ‘dialogue’.

Why is Russia changing suddenly?

Kremlin spokesman Dmitry Peskov referred to the ‘negotiations’ on Ukraine. In addition to Peskov, there have been several statements from Russia this week that are emphasizing that Russia is open to talks. Changes in Russia’s tone also point to the humiliating defeat of its army. Reports claim that the Russian army has suffered severe defeats in several areas in Ukraine. The Ukraine war has reached its 8th month.

Russian spokesman Peskov said, “The direction has not changed, the special military operation continues. This operation continues to achieve our goals. However, we have repeatedly reiterated that we are open to dialogue to achieve our objectives.” Huh.” While Russia has already said that it is open to talks, this week’s repeated mention of the possibility of talks is shocking.

Russia said – we are ready for talks with the West too

Foreign Minister Sergei Lavrov said on Tuesday that Moscow was open to talks with the West, but the US dismissed the statement as “misleading”. Lavrov also told Izvestia on this issue on Thursday: “We will not run after anyone. If there are specific serious proposals, we are ready to consider them.” He added: “If we get some sort of signal, we’ll be ready to consider it.”

Russia may have intensified its attack on Ukraine but its army is grappling with the problem of casualties and shortage of supplies of military equipment/material. Significantly, on October 11, 2022, a group of seven countries — America, Canada, France, Germany, Italy, Japan and Britain — called an emergency meeting and opposed Russia’s latest attacks on Ukraine. Russia’s latest attack began on October 9, 2022, targeting civilian infrastructure and various cities in Ukraine. This could be a more gruesome phase of the ongoing war between the two countries for almost eight months.

Russian President Vladimir Putin, however, took notice of his low number of troops and approved a partial draft on September 21, 2022, allowing the recruitment/deployment of an additional 300,000 troops, long before the attack on Ukraine began. . Many experts, however, consider it an illegal attack. So far, according to information received from Russia, about 200,000 new soldiers have been recruited in the army.