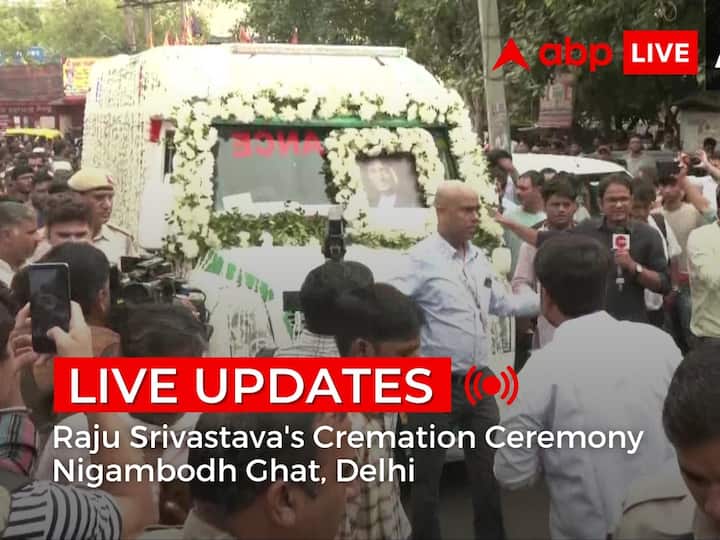 New Delhi: The actor and comedian Raju Srivastava passed away on Wednesday at the age of 58. The comedian took his last breath at the All India Institute of Medical Sciences (AIIMS) in New Delhi. Raju was admitted to AIIMS after going into cardiac arrest while jogging on the treadmill at a gym last month (August 10).

The comedian died at 10.20 am, after 41 days of hospitalisation.

He was immediately taken to AIIMS Delhi where he was undergoing treatment for over a month. The comedian best known for his stage character ‘Gajodhar’ passed away at the age of 58. His family confirmed the news of his death.

Over the past few days, the comedian’s health had witnessed significant fluctuations. On 25th August there were reports of Raju gaining consciousness but his brother Dipoo Srivastava told ABP News that the family had no such information from the doctors. Dipoo had also said that the comedian has shown minor improvement and is recovering slowly.

Raju’s wife Shikha had also given his health update to his fans and family from time to time and had asked everyone to pray for his recovery.

Born as Satya Prakash Srivastava, on December 25, 1963, he was an Indian comedian, politician, and actor. He is often called by the name- Gajodhar, owing to the popular act he put up.

Belonging to a middle-class family from Kanpur, he wanted to be a comedian since childhood and used to imitate his teachers back at school. His father, Ramesh Chandra Srivastava, known as Balai Kaka, was a poet from Kanpur.

Raju Srivastava had carved a niche for himself in the world of stand-up comedy with his well-timed jokes and comic takes on some very relevant situations in life. He rose to fame with the first-of-its-kind stand-up comedy talent hunt show ‘The Great Indian Laughter Challenge’, with its first season premiering in the year 2005.

He appeared in Hindi films such as ‘Maine Pyar Kiya’, ‘Baazigar’, ‘Bombay to Goa’ (remake) and ‘Aamdani Atthani Kharcha Rupaiya’. He was one of the contestants on ‘Bigg Boss’ season three. He was the chairman of the Uttar Pradesh Film Development Council.