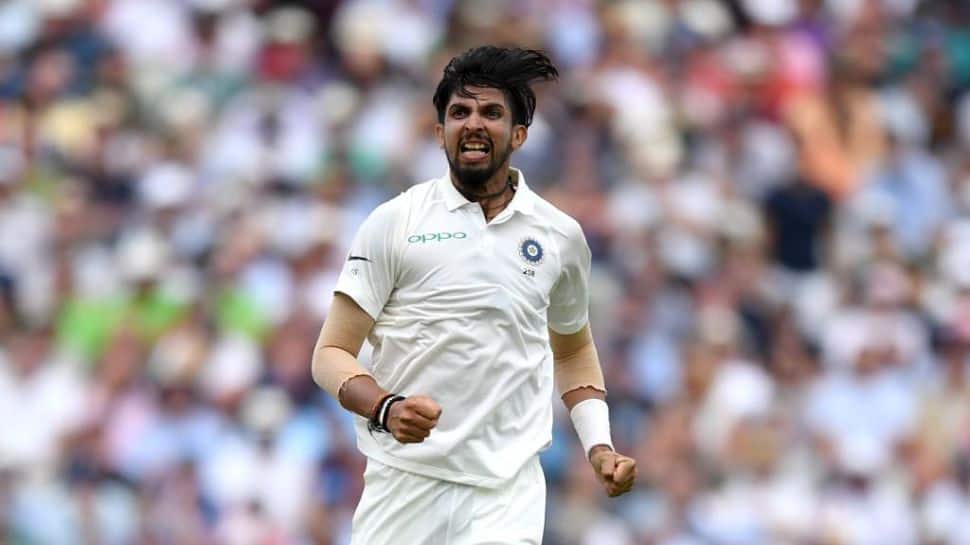 New Delhi: Lanky Indian pacer Ishant Sharma’s career seems to be coming to a close with another sorry outing in Ranji Trophy game against Jharkhand. He even lost cool at a Jharkahnd player during the course of play.

Ishant got a wicket in his first spell but never looked incisive in his nine overs as Jharkhand, riding twin centuries from Nazim Siddiqui and Kumar Suraj, put Delhi on the brink of elimination in their group H Ranji Trophy match.

Jharkhand ended the third and penultimate day at 288 for five in 76 overs and, with an overall lead of 315, is all but sure of three points. They would probably bat another hour on the final day to nullify any remote chance of Delhi chasing the target in just five hours.

If Delhi end with another one point, they would only survive in theory as even a seven point game (bonus) against Chattisgarh won’t allow them to surpass Tamil Nadu.

In the morning, Jonty Sidhu (79) was the fifth victim of left-arm spinner Shahbaz Nadeem when he tried to give him the charge as Delhi were all out for 224, giving Jharkhand an important 27-run lead.

They did come back strongly during the first session, reducing Jharkhand to 67 for four as both Navdeep Saini (13-2-45-1) and Ishant (9-2-29-1) bowled good opening spells in tandem.

Siddiqui played the cover drives well while Suraj was severe square of the wicket with his cuts and pulls.

Ishant bowled two more short spells but never looked in rhythm and, in fact, during his final spell, lost a bit of cool as Suraj treated him with disdain.

Once Delhi went wicket-less at tea, the shoulders started drooping and with Ishant not bowling much with the old ball, Jharkhand batters found other Delhi bowlers easy to negotiate as both off-spinners Lalit Yadav and Nitish Rana looked off-colour.