Ravindra Jadeja or Ben Stokes? Who is a better all-rounder 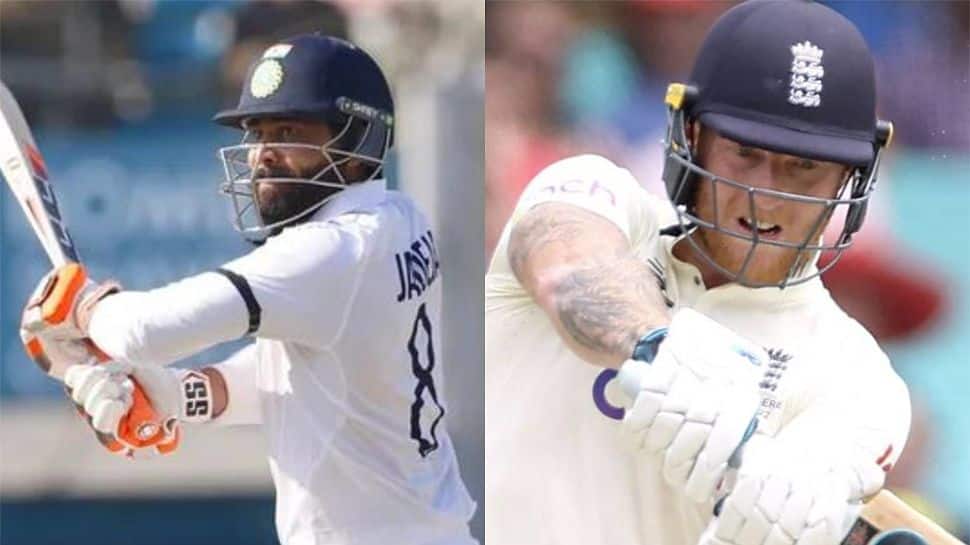 Ravindra Jadeja played a superb knock of 175 runs in the first innings of the 1st India vs Sri Lanka Test at Mohali before grabbing nine wickets with the ball in the match to finish as the Player of the Match.

His comeback from injury has been superb and it appears as if he had never left the pitch.

Jadeja is among the most-improved cricketers in the past two years. He is among those players in world who can play well across all formats.

However, his all-round abilities have always been under-rated and somehow he has not grabbed as much attention as an all-round as a Ben Stokes.

Stokes has been a phenomenal player for England and some of his innings, in Tests and ODIs, has helped England clinch important trophies. His impact has been immense and that is why he is hailed as the top all-rounder in the world.

However, the numbers suggest that Jadeja is not far behind. Former Indian batter and expert Aakash Chopra has also called him the best all-rounder in the world currently.

Test cricket at its best _#OnThisDay in 2019, Ben Stokes’ 135* guided England to an unforgettable Ashes win over Australia by one wicket at Headingley.

Was that the best Test innings of all time? _ pic.twitter.com/8wXC1ddK9Q

So is Jadeja better than Stokes?

Here’s look at their numbers here, in Test cricket, to understand how close this contest of best all-rounder is. Remember, this analysis is purely based on numbers and not impact.

Jadeja has played lesser number of Test matches than Stokes. Jadeja has played in 58 Tests as compared to Stokes’ 140. In 85 innings he has batted in, he has accumulated 2370 runs at an average of 36.46 with 17 fifties and 2 hundreds. This also includes.

But this Test match will be known as ‘Jadeja’s Test’ congratulations and well played @BCCI ____ #INDvSL pic.twitter.com/2OKlmQ8mkB

Stokes seems to have edge in the batting department with a total of 4867 runs so far in 140 innings. Not to forget, Stokes playes consistently for England irrespective of conditions and plays higher up the order than Jadeja, that is either at 5 or 6. Sometimes he bats even at 4.

That is Stokes has 26 fifties and 10 tons to his name. A double hundred on top of that. His average is 36.05, which is lesser than Jadeja but there is a big gap of number of innings the two have batted.

The numbers clearly tell you that there is not a huge gap between Jadeja and Stokes when it comes to all-round abilities. And it is time that the Indian all-rounder gets his long time due as one of the better all-rounders not just India but the world has seen.