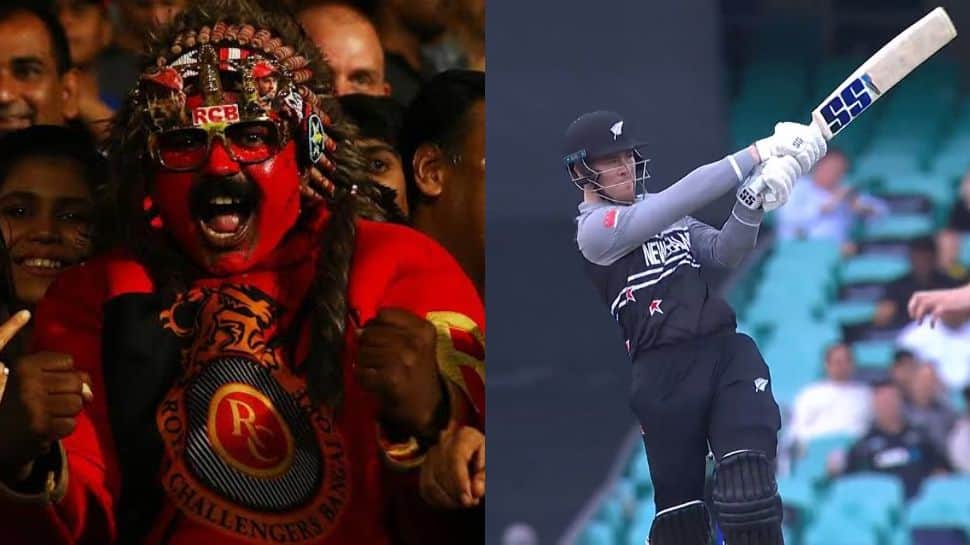 New Zealand and Royal Challengers Bangalore’s opening batsman Finn Allen kick-started the Super 12 stage of the ICC T20 World Cup 2022 on a high with a blistering knock against defending champions Australia in their first game of the mega event on Saturday at the Sydney Cricket Ground. Allen scored 42 runs in just 16 balls with the help of three sixes and five boundaries. He batted with a strike rate of 262. When he got out New Zealand’s score was 56/1 in just 4.1 overs. Australia’s Josh Hazelwood clean-bowled Finn on 42. After watching extra-ordinary batting by Finn Indian Premier League’s (IPL) franchise Royal Challengers Bangalore (RCB) will be very delighted as they had picked him in the auction and could retain him next year as well. RCB fans went on to express their happiness on Twitter.

Being benched by RCB is part of your success. Wear it like a badge. #FinnAllen
— Silly Point (@FarziCricketer) October 22, 2022

And again, RCB benched Finn Allen for 16 matches in the season while their batters had the worst powerplay strike-rate for the entire season#AUSvNZ #T20WorldCup
— Rohit Sankar (@imRohit_SN) October 22, 2022

Why are the commentators surprised by Finn Allen’s innings? Why do they think no one expected this?

How do they think he achieved that T20 strike rate of 172 (162 in T20Is)? By playing anchor in the powerplay and converting ones into twos in the middle overs?
— Abhishek Mukherjee (@ovshake42) October 22, 2022

I wish Pakistan had a player like Finn Allen.#AUSvNZ
— Shahid (@ShahidGorilla) October 22, 2022

Earlier, Australian captain Aaron Finch opted to bowl in the team’s opening game. The Australian team will look to start their campaign with a win in their title defence of the T20 World Cup. New Zealand will also look to oust the Aussie team in the Trans-Tasmanian rivalry. “Going to bowl. There’s weather around but we also feel the wicket gets better and better as the game goes on. Everytime you represent Australia you feel pressure. We’ve always had amazing support. Smith, Agar, Richardson and Green the four players not playing,” said the Aussie captain after winning the toss. “Would’ve bowled as well for the same reason. Guys have been working hard and training. No changing the past but for us it’s about playing for what’s important for our game. Really commit to our plans,” said Kane Williamson during the toss.