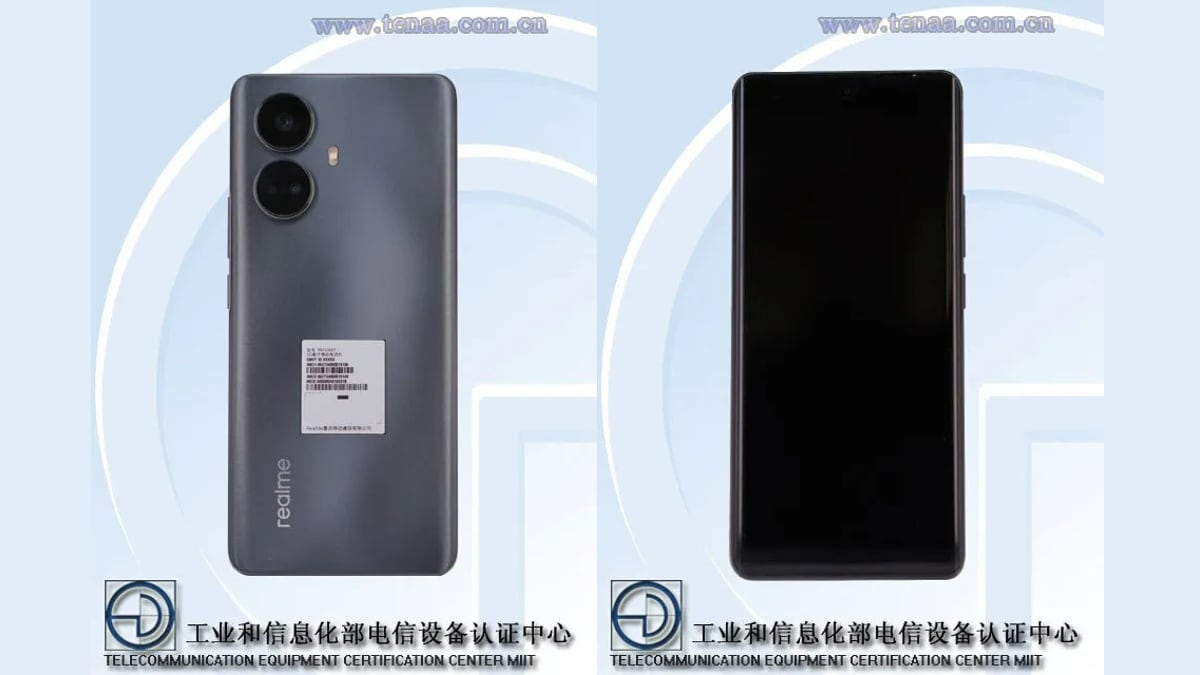 Realme 10 series has been making the rounds at numerous certification sites in recent times, including BIS, NBTC, FCC, and more. Two supposed models, RMX3630 and RMX3686, from this series have surfaced and are believed to be the Realm 10 and the Realme 10 Pro+ 5G, respectively. Now, two more models from this lineup have reportedly been spotted on the TENAA database. These Realme handsets are said to bear the model numbers RMX3663 and RMX3687. In addition, the RMX3687 model has supposedly also surfaced on the China Compulsory Certification (3C) site.

According to a report by MySmartPrice, the Realme RMX3663 spotted on TENAA could be the 5G variant of the Realme 10 model (RMX3630) that had previously received FCC certification. The images included with the TENAA listing showcase this device with a dual-rear camera setup with LED flash. There could be a centrally-placed hole-punch slot on the front as well.

The Realme 10 5G seems to have a flat design with a power button and volume rockers on the right side. In addition, the power button is said to double as a fingerprint sensor. The alleged TENAA listing does not mention any specifications of the device.

Meanwhile, the Realme 10 Pro+ 5G variant with the model number RMX3687 has also surfaced on TENAA. It reportedly sports a curved display with a centrally-placed hole-punch slot. In addition, the rear panel appears to be also curved with a dual rear camera setup. The power button and volume rocker could be on the right edge.