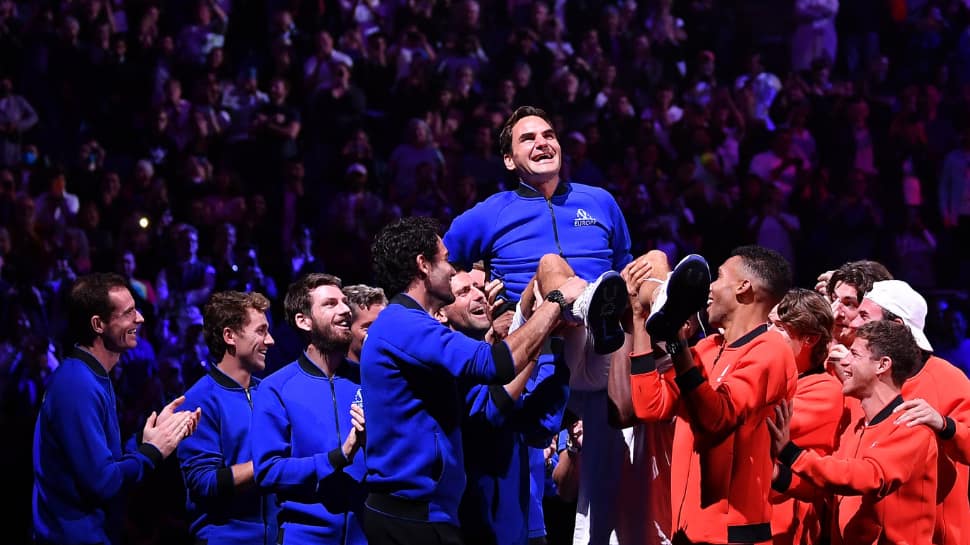 Swiss master Roger Federer brought an end to an illustrious career on Friday night after a loss in the doubles match of Laver Cup 2022. Federer had announced a week back that the Laver Cup would be his last outing on the tennis circuit. He arrived in London to play the match two days ago and what followed was many press conferences, team dinners and photoshoots. The fans got to consume a lot of Federer content but none of it could top the emotional moments that were there to be seen when Federer-Rafael Nadal doubles match came to an end. Nadal, Federer, his wife Mirka all cried as time to give farewell speech came.

Federer was one legendary player who won many a titles and broke several records. We take a look at some of them here.

These include 5 consecutive US Open titles, 8 Wimbledon titles and 369 Grand Slam wins. Not to forget, making 36 consective Grand Slam quarter-finals, 23 consecutive Grand Slam semi-finals and playing 81 grand slams. All of these achievements are all-time records.

The sixth man to complete the career Grand Slam ____

Federer has won a total of 103 titles in his career. These include 6 ATP Finals titles. 71 Hard Court titles, and 19 Grass Court titles. All of these above are all-time records. Apart from these, Federer has won Olympic singles silver medal, Olympic doubles gold medal. He is also a Davis Cup champion.

Federer’s longevity could be reflected in the fact that he was a No 1 for a record 237 consecutive weeks. He is also a 5-time year end Number 1.

Federer has won a total number of 1,251 matches that includes 783 hard court wins and 192 grass court wins respectively. Both are all-time records.