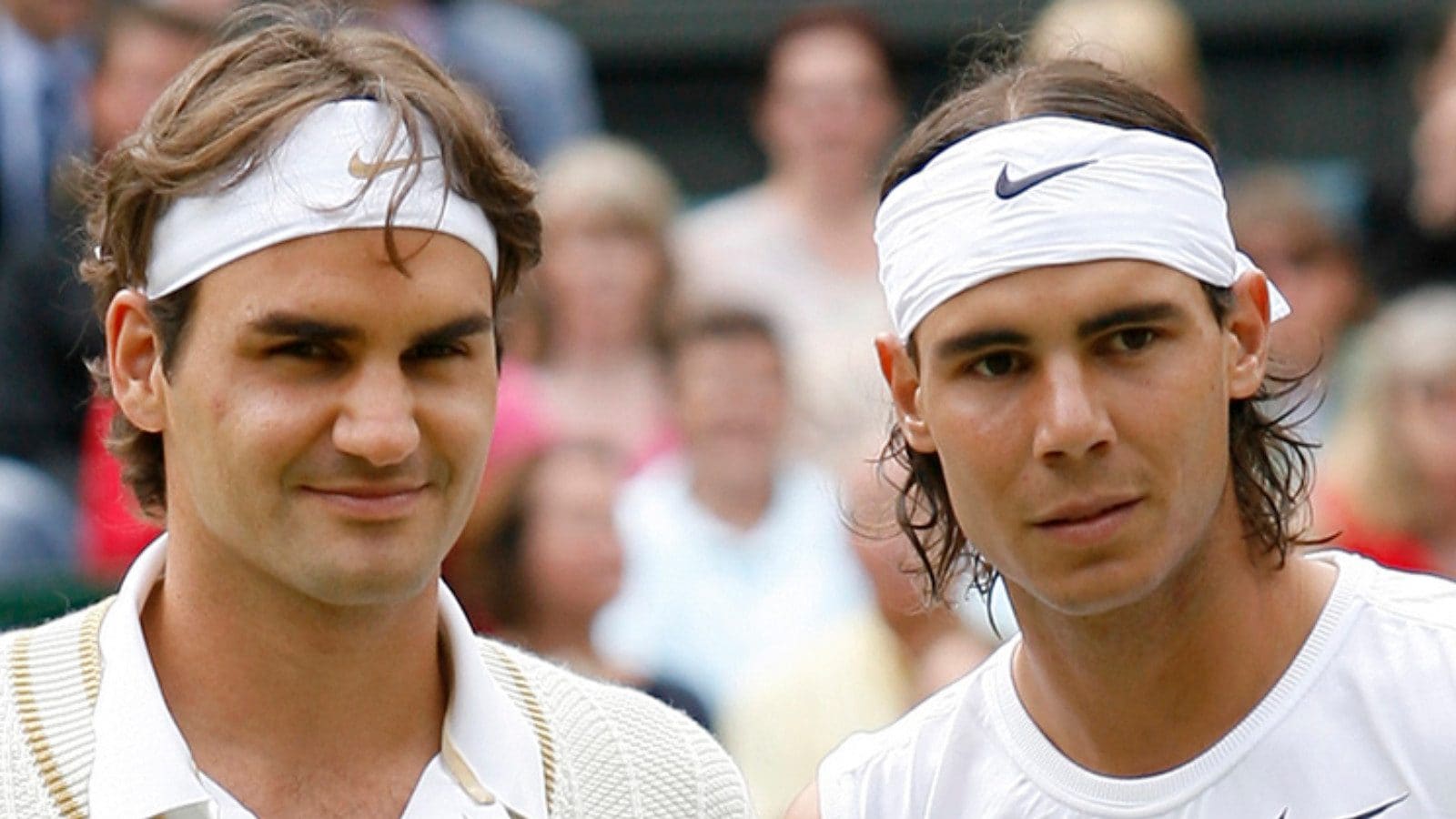 Swiss Tennis legend Roger Federer has finally called time on his career. The modern-day master of world sport went onto win almost everything under the sun and went onto scale new heights when it came to winning the Grand Slams. Be it French Open, Wimbledon, US Open or Australian Open, his reign was everywhere. As he hangs up his boots in the next week’s Laver Cup, we take a look at the number of titles he won in his entire career. Be patient, the list is long.

Wimbledon 2003
It was the beginning of Federer and the world would take note in the years to come. He beat America’s Andy Roddick in the semi-finals to march into the summit clash against Australia’s Mark Philippoussis. Tucking in those flowing locks of hair neatly behind his ears, Federer established his dominance over the Aussie in 7-6(5), 6-2, 7-6(3) win to claim his first ever Grand Slam title.

Australian Open 2004
Within a year, Federer was now doing all his winning on a different continent. But the challenge was surely not easy as he came face to face with Marat Safin who offered firm resistance to Federer’s attempt to win his first Major hardcourt title. Nonetheless, he prevailed with a scoreline of 7-6(3), 6-4, 6-2

Wimbledon 2004
Federer had to stave off some challenge against his now nemesis Roddick who was desperate to exact a revenge for his semi-final loss at this very venue. Nevertheless, he ran into a 22-year-old who was quickly getting into his peak years. And yes, he was beaten 4-6, 7-5, 7-6(3), 6-4 to lift his third Grand Slam crown.

US Open 2004
This was his third Grand Slam within a year and the world now started to take note of this new kid on the block. The 22-year-old arrived in US and quickly reached the finals of the tournament where he beat Lleyton Hewitt in a surprisingly one-sided final where the scorecard read 6-0, 7-6, 6-0. By this time, Federer had also achieved the number one rankings, a position he would keep for some years to come.

Wimbledon 2005
Federer was back in London looking to complete the hattrick of Wimbledon wins, but it was that man Andy Roddick who was again staring from the other end of the cross. Nonetheless, his bid to thwart Federer went begging as he was defeated 6-2, 7-6(2), 6-4 in the final.

US Open 2005
This time Federer, who was now 24-year old, was up against one of then legends Andre Agassi who also had all the home support. At 35, he was the favourite, but that night at the Flushing Meadows he lost the youngster 6-3, 2-6, 7-6, 6-1 win with the game turning out to be the last Major final for the American.

Australian Open 2006
2006 turned out to be a year of dreams for the Swiss legend. Federer reached the final of all 4 Grand Slams that year, a feat last accomplished by Australian legend Rod Laver in 1969. At the beginning of the year he was faced with Marcos Baghdatis in the final of the Australian Open, who he overcame in a 5-7, 7-5, 6-0, 6-2 battle.

Wimbledon 2006
Nadal vs Federer will go down as the biggest rivalries in tennis, but it all began in the French Open this same year where King of Clay beat Federer. Nevertheless, Federer shows who is the King of Grass as he overcame the Spainard 6-0, 7-6(5), 6-7(2), 6-3.

US Open 2006
Next in line was the US Open, and facing him on the opposite side of the net was a very familiar opponent, Andy Roddick.
The American great seemed determined to defeat the Swiss, who was in his fourth Grand Slam final of the year. However, Federer couldn’t be tamed and eventually overcame Roddick 6-2, 4-6, 7-5, 6-1.

Australian Open 2007
The year began on a brilliant note as he he won the Australian Open without dropping a set – becoming the first player since Bjorn Borg to do that. Federer defeated Fernando Gonzalez easily in the final, with the score 7-6(2), 6-4, 6-4.

Wimbledon 2007
This was the first time fans realised that Federer’s dominance will not go unchallenged. In a match worthy of a final, he was up against Nadal who made his work tirelessly to lift the Wimbledon trophy which he did eventually, beating the Spainard 7-6(7), 4-6, 7-6(3), 2-6, 6-2.

US Open 2007
It was in 2007 that the new crop of players came out to show their mettle. Novak Djokovic, a then unfamiliar face in the circuit, turned up in the Flushing Meadow final in 2007.
But facing the Serb was the 11-time Grand Slam champion Federer. The Swiss legend overcame the hurdle posed by the young Djokovic in straight sets, winning 7-6, 7-6, 6-4.

2008 didn’t turn out to be a spectacular year for Federer as he suffered defeats at the hands of Nadal in two Grand Slam finals, including Wimbledon. The crushing defeat at Big W brought an end to his five-year winning streak at the All England Club. Although his health was compromised due to bouts of glandular fever, Federer managed to win his 13th Grand Slam title at the US Open over Andy Murray 6-2, 7-5, 6-2.

French Open 2009
2009 became another memorable year in the Federer career when he managed to lay his hands on the French Open trophy which had eluded him for so long.
The tears that streamed down his face when he hit the winning shot was priceless. Robin Soderling, who had slayed Nadal en route to the final, was humbled by the Swiss great 6-1, 7-6(1), 6-4!

Wimbledon 2009
The 2009 Wimbledon final proved to be the best that Federer had played against Roddick, and one of the best matches of all time.
Federer was seeking to re-establish his dominance on the grass courts of the All England Club. But what ensued was a battle worth remembering as he and Roddick really dug deep in their attempt to lay claim to the title.
It was Federer who eventually won after a hard-fought 5-7, 7-6(6), 7-6(5), 3-6, 16-14 match.

Australian Open 2010
Age was now beginning to catch up with Federer and now he also have to stave off the challenge from the new crop of players like Andy Murray from Great Britain. Nevertheless, he proved to be one step ahead of the Briton as he went onto beat the youngster 6-3, 6-4, 7-6(11) and claimed his 16th Grand Slam title, a feat nobody had achieved until then.

Australian Open 2017
It was like old times again. Federer and Nadal produced a classic five-setter that brought delight to tennis fans all over the world. Federer stormed back from a break down in the fifth set to defeat Nadal 6-4, 3-6, 6-1, 3-6, 6-3 and claim his 18th Grand Slam win.

Wimbledon 2017
The King of Grass was welcomed back with open arms as Federer went on to defeat an injury-stricken Marin Cilic in the decidedly one-sided final. Federer brought up his 19th Grand Slam victory with a swift 6-3, 6-1, 6-4 win.