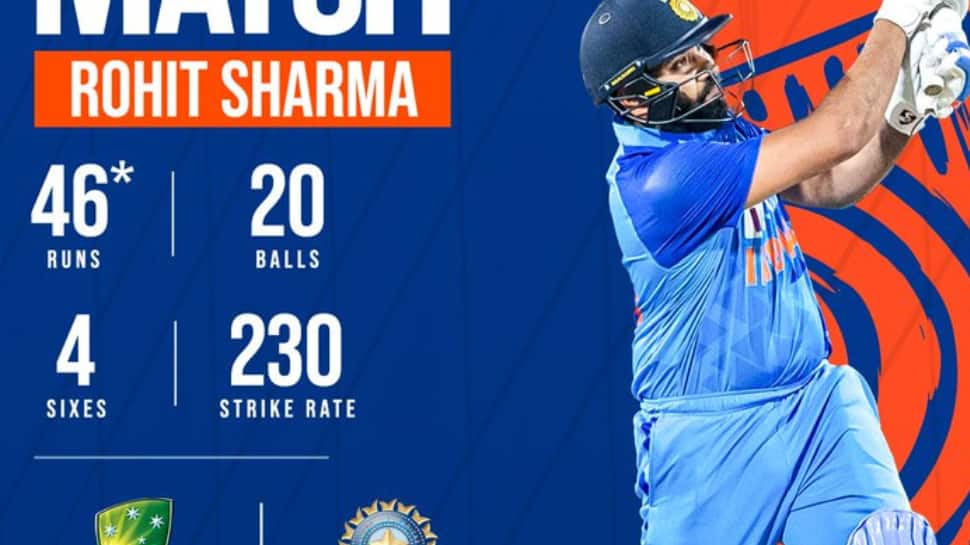 India captain Rohit Sharma showed his class again on Friday night when he smashed a quickfire unbeaten 46 in 2nd T20I vs Australia to take his side home with six wickets in hand on Friday night in Nagpur in what was a rain-curtailed match. Rohit’s knock included 4 fours and sixes each. The knock was so good that it made the likes of Sunil Gavaskar say that this was Rohit that we had not seen for a long time. His pull shots were back into picture and when he pulled them off, it was a sight to behold. In the end, Dinesh Karthik finished off the game with a six and four to level the 3-match series 1-1.

Rohit was declared Player of the Match for his outstanding knock. In the process to complete his 46-run, Rohit also created a record. For some time now, he and New Zealand opener Martin Guptill have been involved in a close fight. That of hitting the most sixes in the T20Is. With four sixes vs Australia in Nagpur, Rohit once against went past Guptill to get back the record. Rohit now has 176 sixes to his name in this format. At the start of the match, both he and Guptill were tied on 172 sixes. Guptill with 172 sixes and Chris Gayle with 124 sixes follow him. Virat Kohli is the only other Indian batter with more than 100 T20I sixes, currently sitting on 104 sixes in the format.

Rohit, who has played 138 matches, had gone past Guptill’s run tally in the format last month, later going on to become the only men’s player with more than 3500 T20I runs. He currently has 3677 runs in the T20Is.

Team India head coach Rahul Dravid would be quite happy with Rohit’s form with T20 World Cup 2022 inching closer. He would like the team to win the series tomorrow on Hyderabad. The decided will be an evening game.