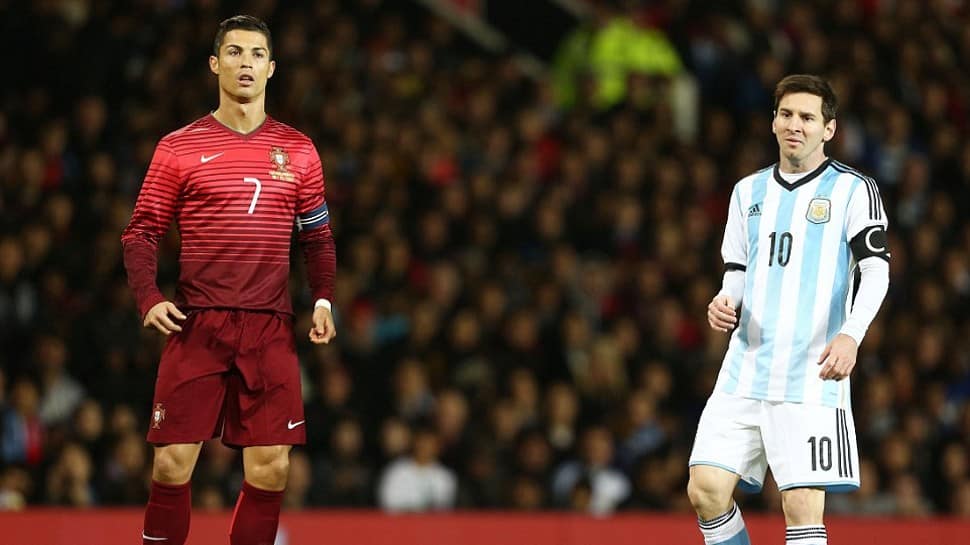 Cristiano Ronaldo is reportedly pushing to leave Manchester United and join Paris Saint-Germain (PSG) at the end of the season. There have been rumours since Manchester United dropped the 37-year-old for the derby clash with Manchester City on Sunday with interim boss Ralf Rangnick claiming his absence was due to a hip injury, but some reports suggested that Ronaldo was not injured.

Ronaldo is believed to have been left ‘furious’ after being told that he would not be in the squad for the clash at the Etihad Stadium, which resulted in him taking a trip to his native Portugal for warm weather training.

Cristiano Ronaldo has decided to leave Manchester United at the end of the season if they don’t qualify for the Champions League, with a move to PSG high on his agenda, FootballTransfers reports.

Both teams lost when Ronaldo and Messi didn’t play.  pic.twitter.com/8Xr7aR3dGz

Ronaldo has flown to Portugal with his future on his mind and, with United’s Premier League struggles to make a top-four spot unlikely, he is planning his next move.

The report adds that a return to Serie A with Juventus has been ruled out, while a reunion with Portuguese giants Sporting Lisbon is also highly unlikely.

As a result, CR7 is courting a move to Paris which would see him sensationally team up with Lionel Messi and Neymar at the Ligue 1 giants in a dream forward line.

Manchester United have been disappointing since Ronaldo’s return, with Ole Gunnar Solskjaer being sacked in December to be replaced by veteran coach Ralf Rangnick.

Ronaldo’s form has suffered since the German became interim boss, and the Red Devils are currently in fifth, one point behind Arsenal, while the Gunners have three games in hand.

In the first half of the season, Ronaldo maintained his reputation as a devastating goalscorer as he frequently found the target and in big games, too.

He has 15 goals in all competitions since his return, but the majority of those came in the first six months of the season.

By his standards, he is on a dreadful run of goalscoring form currently, finding the net on just one occasion in his last 10 matches.