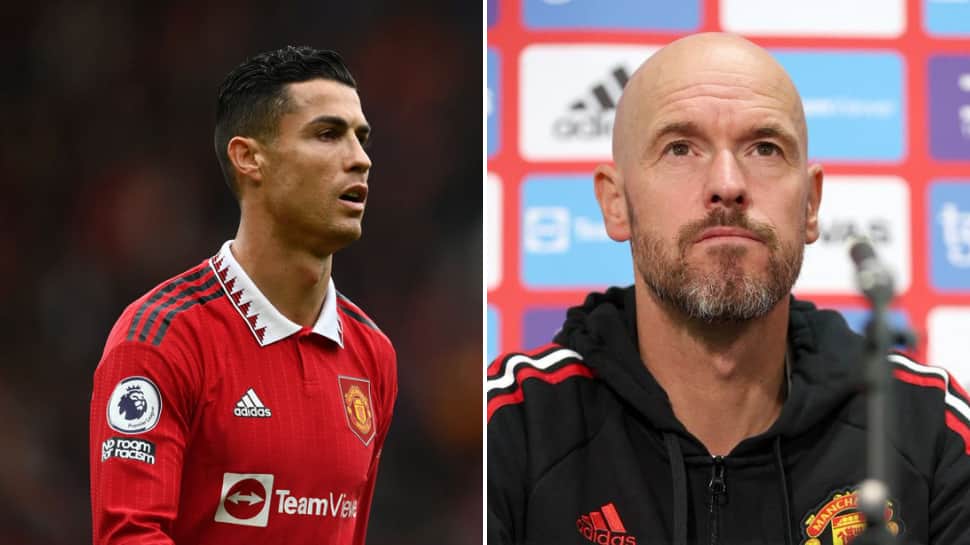 Manchester United are having a lot of trouble inside the dressing room as coach Erik ten Hag and forward Cristiano Ronaldo’s choices are not matching. Recently, the coach confirmed that the Portuguese icon refused to come on as a substitute in United’s 2-0 win over Tottenham Hotspur in their Premier League fixture at Old Trafford. Soon after Ronaldo snubbed ten Hag to come on as a sub, he was dropped from the Man United squad which will clash against Chelsea on Saturday (October 22).

In January, reports came in that the 37-year-old had made a request to the club to allow him to leave if the right offer arrives which is suitable for the club. However, no deal took place which saw him tagged along with the new manager Erik ten Hag and Manchester United. Notably, Ronaldo was the top-scorer of the club’s previous Premier League season. His request for the transfer came in following his disappointment of the club not being able to qualify for the UEFA Champions League.

Ten Hag held talks with Ronaldo on Friday and said the Portugal striker “remains an important part of the squad.”

However, Ten Hag said Ronaldo had to be disciplined for the sake of the culture within the team, having already been critical of the player and some of his teammates for leaving a preseason friendly against Rayo Vallecano early in July.

“I have to set standards and values, and control them,” Ten Hag said.

“I set a warning at the start of the season, and the next time there has to be consequences. Otherwise when you are living together, when you are playing together and football is a team sport you have to fulfil certain standards and I have to control it.”

The 37-year-old Ronaldo took to social media late on Thursday to explain his behaviour in the Tottenham game.

“As I’ve always done throughout my career, I try to live and play respectfully towards my colleagues, my adversaries and my coaches. That hasn’t changed. I haven’t changed. I’m the same person and the same professional that I’ve been for the last 20 years playing elite football, and respect has always played a very important role in my decision making process. I started very young, the older and most experienced players examples were always very important to me. Therefore, later on, I’ve always tried to set the example myself for the youngsters that grew in all the teams that I’ve represented. Unfortunately that’s not always possible and sometimes the heat of the moment get’s the best of us,” he wrote.

“Right now, I just feel that I have to keep working hard in Carrington, support my teammates and be ready for everything in any given game. Giving in to the pressure is not an option. It never was. This is Manchester United, and united we must stand. Soon we’ll be together again.”

Manchester United will now take on Chelsea in their next Premier League fixture after winning the match against Spurs 2-0 at home. Ronaldo however will not feature in the clash after he denied to come on as a sub in the previous fixture. Obviously, the striker with 800-plus goals in his professional career is not impressed with playing only one match the full 90-minutes but manager ten Hag is looking to set an example out of him at the moment. (With PTI inputs)