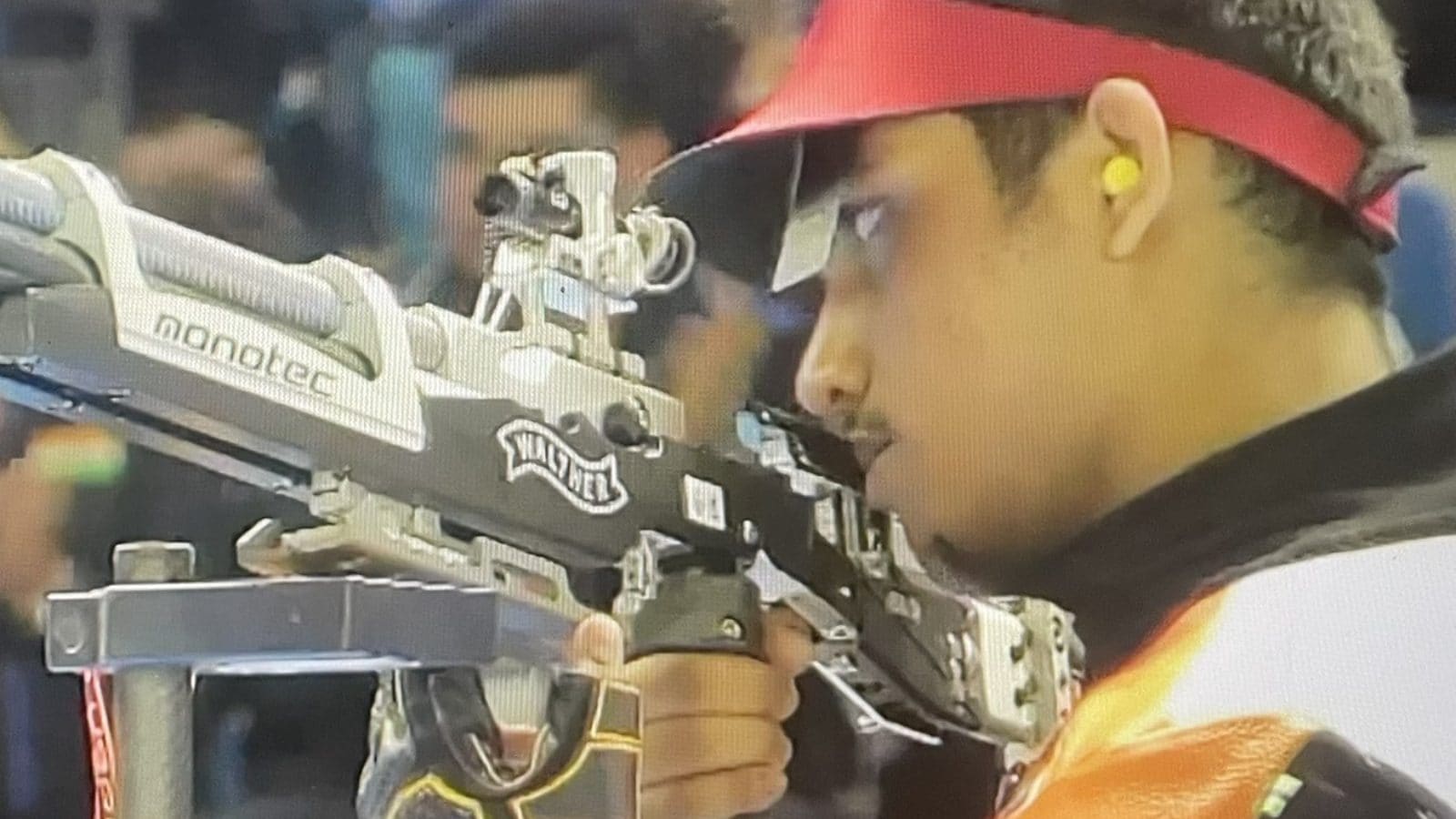 Young Rudrankksh Patil on Friday won gold in men’s 10m air rifle event in the ISSF World Championship in Cairo, becoming only the second Indian to achieve the feat after the legendary Abhinav Bindra.

Patil also secured a 2024 Paris Olympics quota for the country in the process. This was India’s second Olympic quota.

Four quota spots are available in Olympic events at the World Championship this year.

India had earned their first quota at the Shotgun World Championship in Croatia recently, courtesy Bhowneesh Mendiratta in the men’s trap event.

Appearing in his maiden World Championship, Rudrankksh was trailing 4-10 in the new format in the gold medal match to decide the top two.

Premier League: Has Klopp Run Out of Gas in Face of City Dominance?

The Italian shooter maintained the lead for the majority of the final but the Indian produced a stunning comeback to emerge winner.

Rudrankksh topped the qualification and was assured of the quota after he entered the gold medal match in second place in the ranking round.