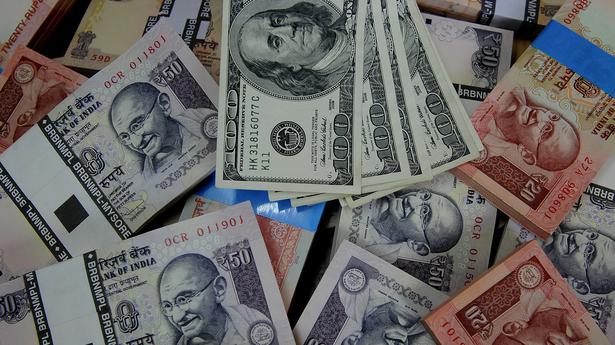 The rupee depreciated by 12 paise to 79.90 against the U.S. dollar in opening trade on Tuesday, weighed down by strength of the American currency in the overseas market.

At the interbank foreign exchange market, the rupee opened at 79.80 against the greenback, then fell further to 79.90, registering a decline of 12 paise over its last close.

On Monday, the rupee appreciated 9 paise to close at 79.78 against the dollar.

Meanwhile, the dollar index, which gauges the greenback’s strength against a basket of six currencies, rose 0.08% to 109.62.

The rupee opened at 79.80 as the dollar index eased slightly from the 110 level. Moreover, the euro and British pound moved up after a big fall due to Russian gas issues, said Anil Kumar Bhansali, Head of Treasury, Finrex Treasury Advisors.

Foreign institutional investors were net sellers in the capital market on Monday as they offloaded shares worth ₹811.75 crore, as per exchange data.