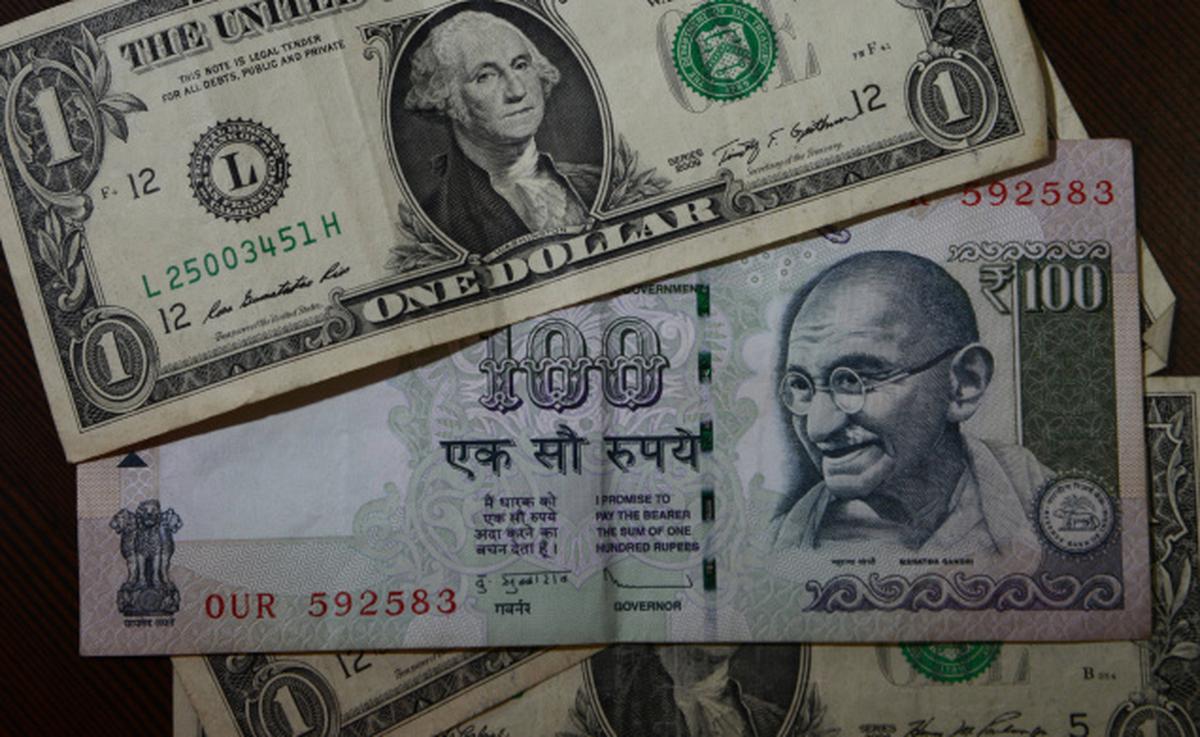 The rupee plunged 61 paise to decline below the 83-mark for the first time against the U.S. dollar on October 19 amid unabated foreign capital outflows and a strong dollar in the overseas markets.

Besides, rising crude prices in the international markets and risk-averse sentiment among investors weighed on the local currency, traders said.

At the interbank foreign exchange market, the local currency opened strong at 82.32 but later pared gains to settle at an all-time low of 83.01(provisional) against the American currency, down 61 paise over its previous close.

In the previous session on October 18, the rupee slipped 10 paise to end at 82.40 against the dollar.

Meanwhile, the dollar index, which gauges the greenback’s strength against a basket of six currencies, advanced 0.31% to 112.48.

Foreign Institutional Investors (FIIs) remained net sellers in the capital markets as they offloaded shares worth ₹153.40 crore on October 18, according to exchange data.