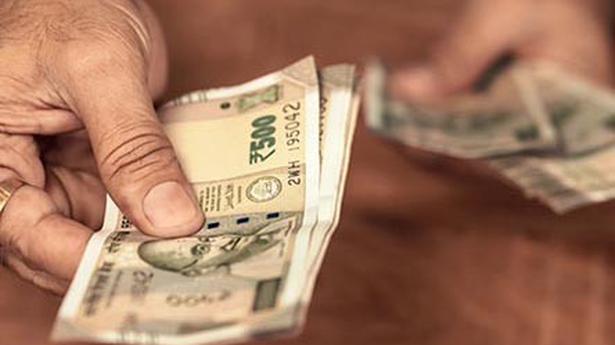 The Indian rupee declined against the dollar on Monday, tracking a slide in Asian currencies that was led by the Chinese yuan.

The offshore Chinese yuan declined about 0.5% to below 6.95 to the dollar, its lowest level since August 2020. The dollar’s strength against its major peers and a resurgence of COVID-19 infections across Asia’s largest economy dented demand for the Chinese currency.

Over the last three weeks, the yuan has declined more than 2% and is not too far away from the psychological 7 level.

“The rise in USD/CNY is sure to put more pressure on Asian pairs though relatively milder on the rupee,” said Srinivas Puni, managing director at QuantArt Market Solutions. “USDINR is headed higher from here in the coming months, as structural issues assert themselves.”

The “persistent” high trade deficit will be a “perennial drag on the rupee”, he said.

The dollar index on Monday rose above 110, the first time in two decades.

Russia’s indefinite shutdown on one of its main gas supply pipelines to Europe stoked concerns over energy prices and growth, weighed on the euro and the sterling, while pulling the dollar index higher.

The dollar index rose despite a drop in U.S. Treasury yields after a mixed jobs report on Friday that prompted traders to dial down bets of a 75 basis rate hike by the Federal Reserve this month.