An impromptu holiday in Kolkata led Sunil Menon to a stunning shot for his annual Sahodaran calendar. Sitting in a puja pandal, he knew this was the setting he wanted to shoot in. “Luckily, Kolkata-based designers Dev and Nil’s staff and personal trainer were perfect as models,” says Sunil.

The 13th edition of the Sahodaran (an organisation for the rights of sexual minorities) calendar has been shot in Kolkata, Puducherry, Tiruchirapalli and Chennai. Titled Euphony, the theme this year is musical instruments, an idea suggested by Sunil’s makeup artist Varun Kulangara.

A search for unusual instruments led him to Shivakumar of Kosai Nagaran, an organisation that documents and popularises traditional collectors. “He has travelled to Kolkata, Puducherry, Kanchipuram, and Chennai and bought unique instruments. I sourced a few from him,” says Sunil. 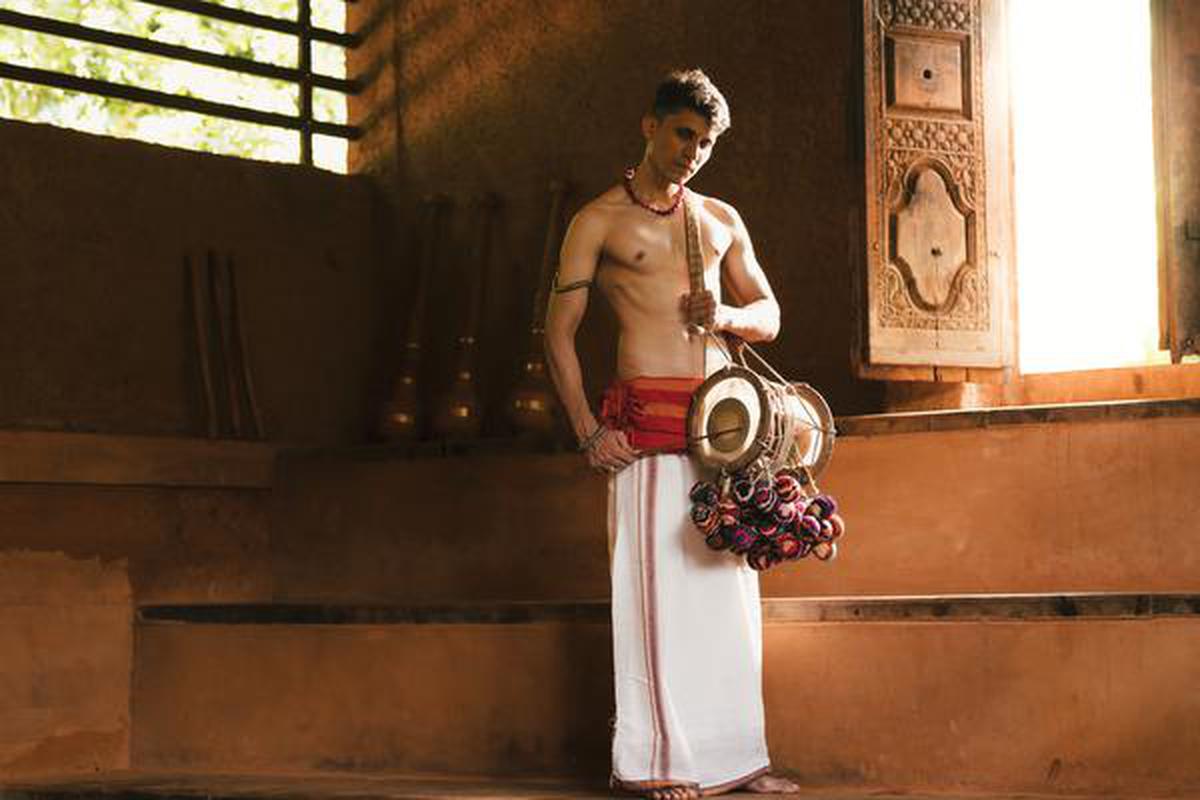 The calendar features 13 images and 13 muscled male models posing with instruments such as araivatta kombu tharai (a crescent-shaped brass instrument usually played at temple processions in Tamil Nadu), kombu thaarai (a brass instrument in the shape of a cow’s horn), naagafani (a serpentine shaped horn played at folk festivals in Rajasthan, Gujarat and Uttarakhand) and the thutheri (a predecessor of the trumpet).

“The thutheri dates back to the 7th Century and was part of performances by poet and saint Thirugnana Sambandar in Tamil Nadu.” He adds, “We then had to find backdrops that suit the instruments. Among the team’s finds are an ancient Anjaneya temple in Kanchipuram and the Kalari Gram in Auroville.”