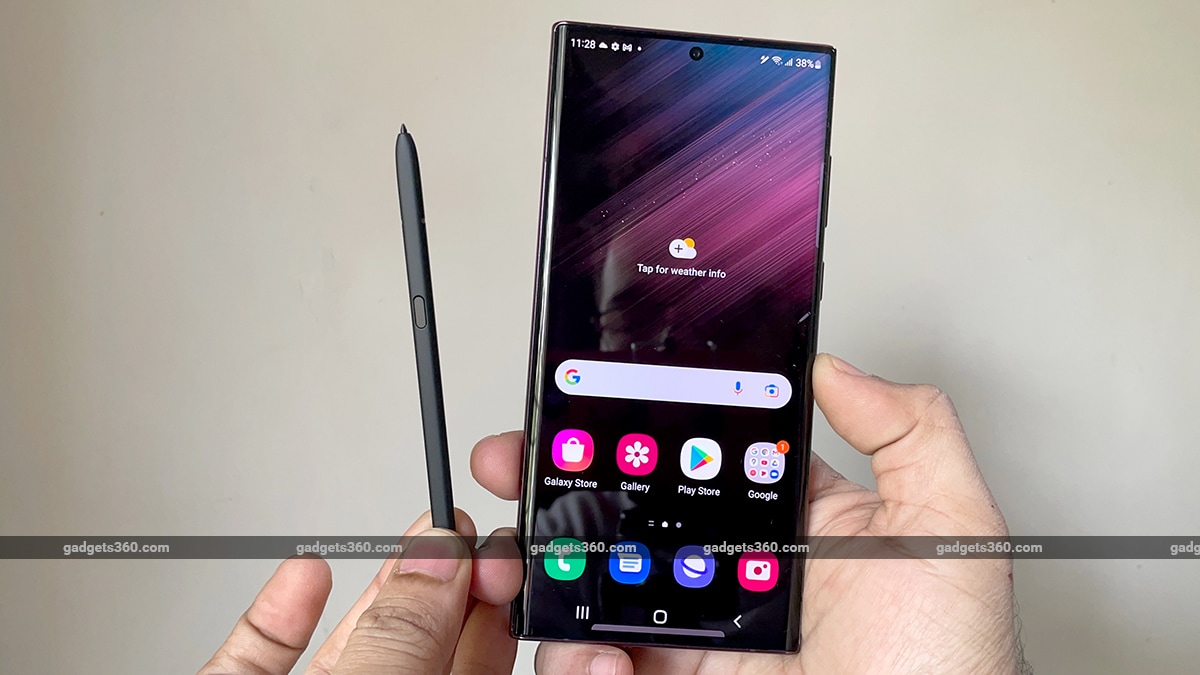 Samsung introduced three new smartphones in its flagship Galaxy S series lineup in February this year. We got the Galaxy S22, S22+, and S22 Ultra, which replace all three smartphones in the Galaxy S21 series. The S22 Ultra stands out this time because it now houses an S Pen stylus in its body, similar to the recently discontinued Galaxy Note series. With the S22 Ultra, Samsung also offers a different design compared to its two siblings, as well as the powerful Qualcomm Snapdragon 8 Gen 1 SoC and some impressive camera specs.

Priced starting at Rs. 1,09,999 in India, is this the ultimate Android flagship? I got to spend some time with the new Samsung Galaxy S22 Ultra, and here are my first impressions.

While the Samsung Galaxy S22 and Galaxy S22+ largely retain the design that Samsung introduced with the S21 series, the Galaxy S22 Ultra doesn’t. This new top-of-the-line Samsung flagship takes a lot of design cues from the Galaxy Note 20 series. Samsung never launched a successor, I wonder if that design was repurposed here.

The S22 Ultra has the same silhouette as the Galaxy Note 20 Ultra (Review). The large display curves sharply into the curved metal frame. Surprisingly, it’s comfortable to hold and the curves help mask the this phone’s width when gripped. The top and the bottom of the S22 Ultra’s frame are completely flat.

The Samsung Galaxy S22 Ultra has a silo for its S Pen, a first for a Galaxy S series smartphone. Despite this, Samsung has managed to pack in a 5,000mAh battery, which is the same capacity as the one in last year’s S21 Ultra (Review). This phone supports 45W fast charging, but you’ll need to buy the charger separately. It tips the scales at 229g which is noticeable, but Samsung has managed to balance the weight quite well. The S22 Ultra as well as the S Pen are IP68 rated for dust and water resistance.

On the back, the S22 Ultra has a quad-camera setup, but there are five individual circles jutting out of the back panel instead of a single module. One of the cutouts houses the laser autofocus hardware. The phone has a 108-megapixel primary camera with PDAF, a 12-megapixel ultra-wide-angle camera with a 120-degree field of view, a 10-megapixel telephoto camera capable of 10X optical zoom, and another 10-megapixel telephoto camera that does 3X optical zoom. It has a 40-megapixel selfie camera on the front. Samsung claims to have improved low-light camera performance and says it has used larger sensors for the S22 Ultra, dubbing it capable of “Nightography”. I will be putting this to the test in the full review.

The mammoth 6.8-inch quad-HD+ display is HDR10+ certified and has a maximum refresh rate of 120Hz. Depending on what you’re doing, the phone can scale its refresh rate down to 1Hz. I was impressed by the deep blacks it can reproduce, and the claimed peak brightness of 1750nits makes content legible even under direct sunlight. You also get stereo speakers which enhance the overall experience.

While we are used to Exynos-powered Samsung flagships here in India, the Galaxy S22 series breaks that trend, and Samsung is selling units powered by the Qualcomm Snapdragon 8 Gen 1 SoC here this time. This is currently the most powerful SoC from Qualcomm. I recently reviewed the Motorola Edge 30 Pro (Review), which uses the same SoC, and found it to be quite powerful but it did get warm under load. I’m curious to see how the far more expensive S22 Ultra performs in the same tests.

The Samsung Galaxy S22 Ultra has 12GB of RAM, and you can choose between 256GB and 512GB of storage. The two variants are priced at Rs. 1,09,999 and Rs 1,18,999 respectively. However you can buy this phone for a lot less thanks to pre-booking offers. Samsung is also offering the Galaxy Watch 4 at a heavily discounted price if you pre-book this phone, which could be a good deal. The S22 Ultra is available in three colours: Phantom White, Phantom Black, and Burgundy.

The Galaxy S22 Ultra has a quad-camera system, although you’ll see five bumps on the rear

Samsung ships the S22 Ultra with OneUI 4.1, based on Android 12. My unit was running the February 2022 Android security patch. Samsung has committed to four years of OS upgrades and five years of security updates, which is a step in the right direction. In my brief time using the S22 Ultra, I found its performance to be snappy, and if you have been a long-time Samsung user, you’ll find the UI very familiar.

The build quality of the S22 Ultra seems impressive and the camera specs show a lot of promise. It seems as though Samsung has combined the best of the Galaxy S and Galaxy Note series to make this smartphone, pretty much offering the best of both worlds. Prices have gone up compared to the Galaxy S21 Ultra (Review), but the S22 Ultra has a lot of new capabilities and still manages to undercut the Apple iPhone 13 Pro (Review) series by a considerable margin. I will reserve my final judgement of the S22 Ultra’s performance, cameras, battery life, and more until I finish testing it, so stay tuned to Gadgets 360 for the full review, coming soon.