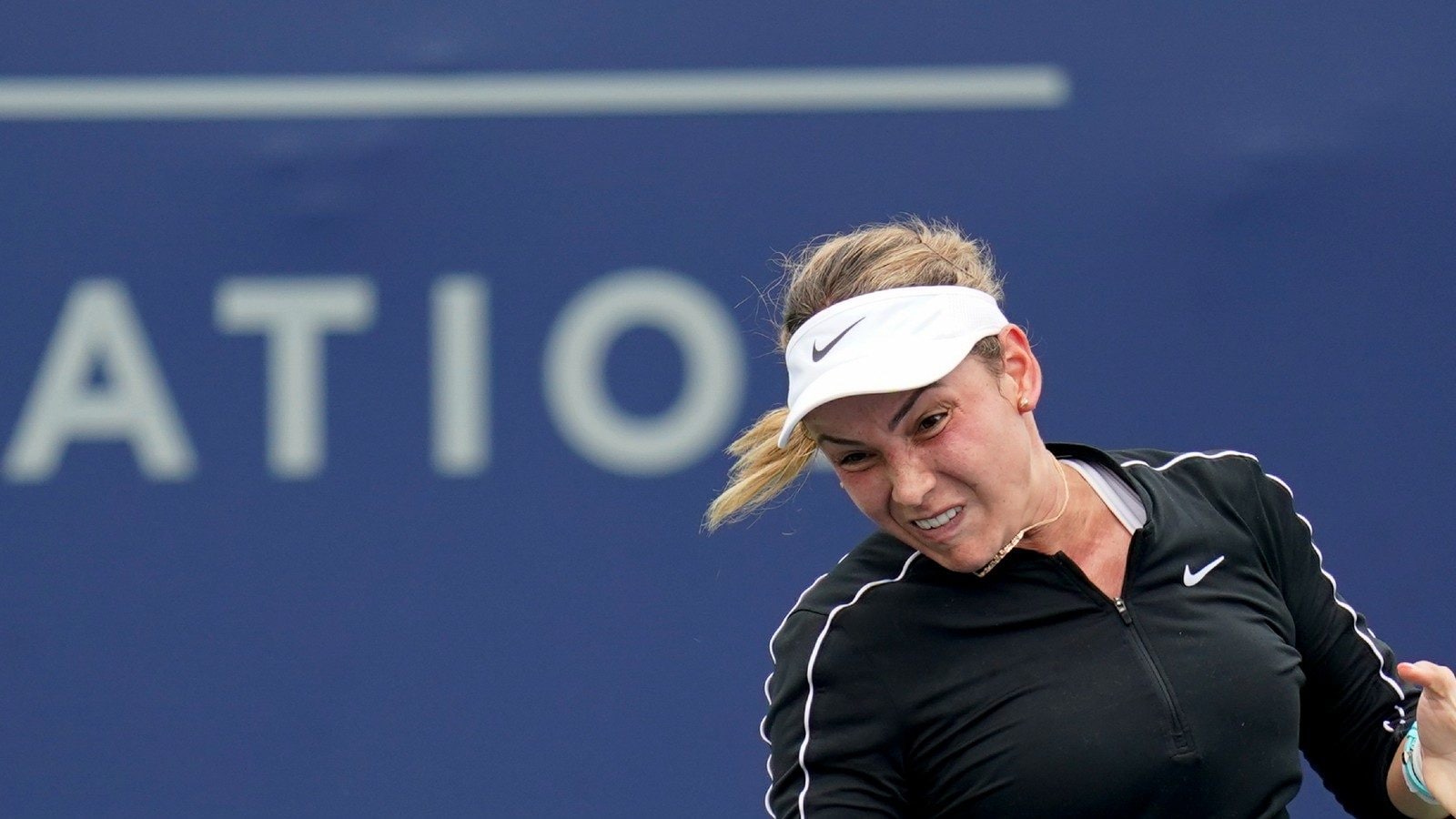 Croat qualifier Donna Vekic beat former No. 1 Karolina Pliskova of the Czech Republic 6-3, 6-2 to advance to the quarterfinals of the San Diego Open WTA 500. It marked a second straight high-profile upset for Vekic, who upended fifth seed Maria Sakkari of Greece in the first round.

“It was just believing in myself, that I could beat her today because I lost to her six times in a row, three times last year. The last one was really painful,” the 77th-ranked Vekic said, referring to a 4-6, 6-3, 7-6 (2) second-round loss in Montreal in 2021. “She’s a very tough opponent for me, but I really went after my shots today and it paid off.”

Sixth-seeded Coco Gauff turned back an inspired effort from 294th-ranked Robin Montgomery, 6-3, 6-3 on Wednesday in the resumption of a match that was postponed due to rain a night earlier.

Gauff, who earlier this year reached her first major singles final in the French Open, said she did her best to block out the rain delay that stretched the match out over two days and instead focus on the match against a fellow 18-year-old American.

“You just go with it. You can’t control the weather,” said Gauff, who saved four of the five break points she faced to advance to the Round of 16. “It definitely messes up your routine a little bit, but at the same time, I approached the match today as if the score was 0-0. I think that’s the best way to approach it because it’s a new day and a new opportunity.”

https://www.youtube.com/watch?v=leXyYG3o0lY” width=”853″ height=”480″ frameborder=”0″ allowfullscreen=”allowfullscreen”></iframe> <p>Gauff said the match had more significance following Serena Williams’ retirement and the possibility that her sister, Venus, will retire as well.</p> <p>“If Serena and Venus saw this today, two 18-year-olds, both African-Americans, playing at the WTA 500 level, I think they would be proud,” Gauff said. “Both of us are products of their legacy. I’m grateful that I had those examples to follow. I hope that maybe I can be an example myself.”</p> <p>Gauff will face 2019 U.S. Open winner Bianca Andreescu of Canada in Round 2. It will be their first meeting.</p> <p>Montgomery was unable to add another upset to her list that included beating No. 25 Shuai Zhang and No. 42 Bernarda Pera in the qualifying rounds.</p> <p>Read all the <a href=Latest Sports News and Breaking News here