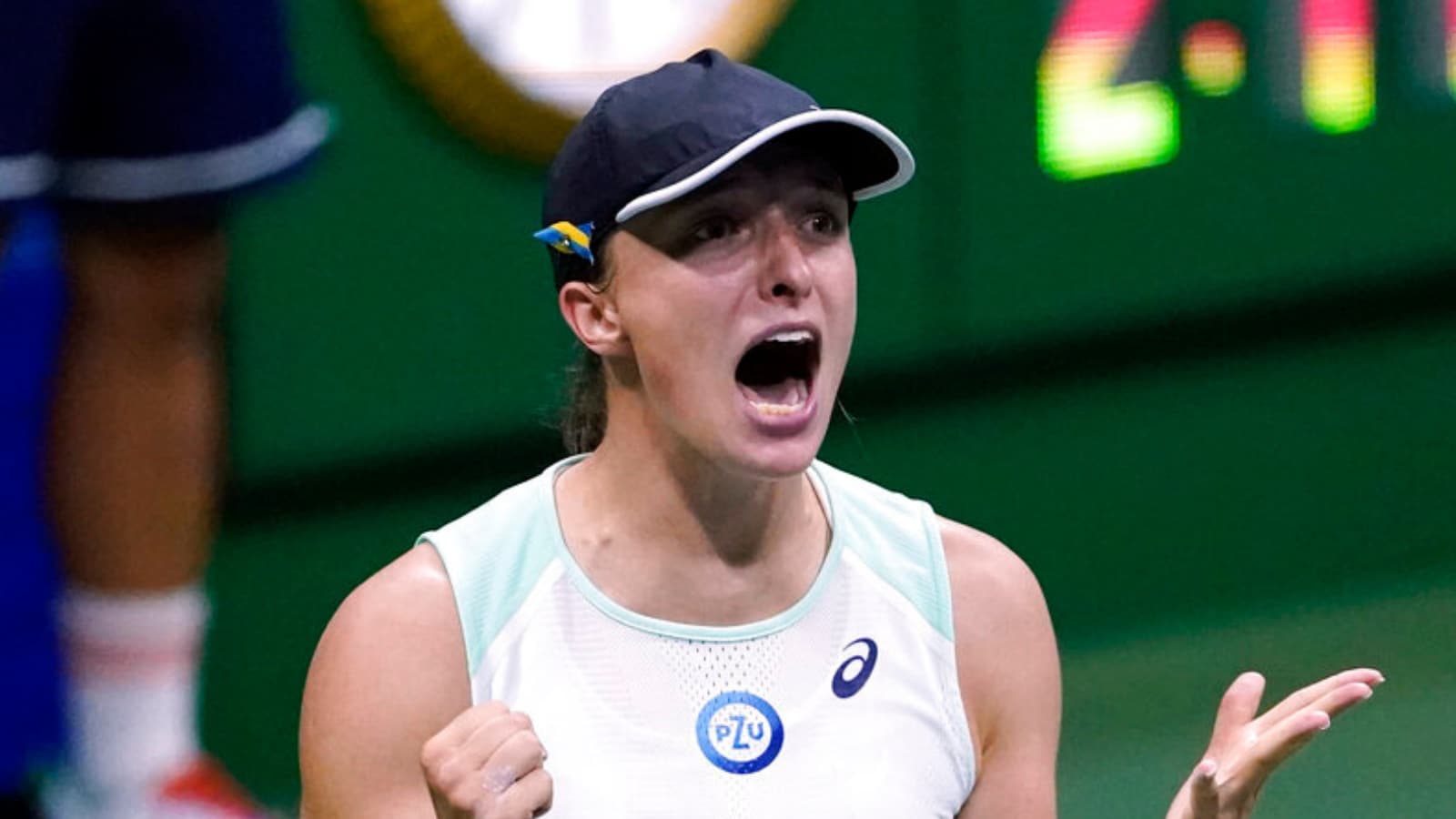 World No.1 Iga Swiatek will start her San Diego Open campaign against Tokyo finalist Zheng Qinwen after the Chinese star advanced to the second round after Garbine Muguruza was forced to retire, down 5-0 in the first set, due to illness.

A finalist at the Toray Pan Pacific Open two weeks ago, No.28 Zheng fell in the final round of qualifying to Camila Osorio, 4-6, 6-4, 7-6(3). She gained entry into the main draw on Tuesday as a lucky loser, after Wimbledon champion Elena Rybakina withdrew earlier in the day due to illness.

“Actually, yesterday I could also sign in as a lucky loser but I didn’t choose to sign in because I was having an issue with my body,” Zheng was quoted as saying by the WTA website

“Today I was feeling better so I decided with my team to sign in as a lucky loser. I was lucky to get into the draw and I had a good match today. To get into the next round, it’s double lucky,” she said.

Zheng’s victory sets up a French Open rematch against Swiatek. The two young stars faced off for the first time in Paris this spring, with Zheng taking the first set before losing 6-7(5), 6-0, 6-2 in the Round of 16. It was the only set Swiatek lost during her dominant title run.

Zheng’s first-set performance left a big impression on Swiatek, who was in the midst of her 37-match win streak at the time.

“It’s hard for me to say how she plays on a hard court because I didn’t really watch her matches,” Swiatek said in Paris.

Zheng struggled physically in the match, but the 20-year-old walked away confident that she was ready to challenge the best in the game.

“She’s a good mover, she has a good slide on hard courts,” Zheng said. “She has a good forehand and spin, she opens the court very well with the forehand cross.”

“It will be a tough match. She will not give the match easy away. I think the key to playing against her is to fight and play until the very end. Just play my game, she will play hers, and then we’ll see the fight from each other,” Zheng added.