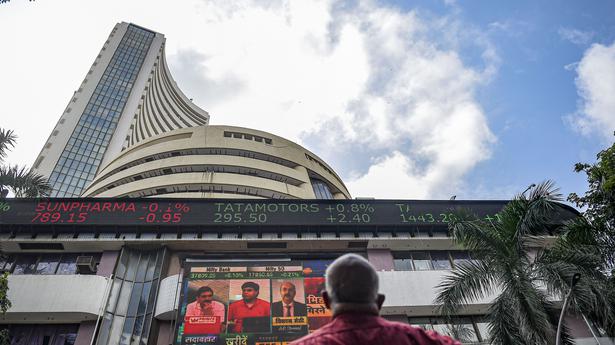 In a highly volatile trade, equity benchmarks Sensex and Nifty rebounded sharply on Tuesday after four days of heavy declines, powered by buying in IT and realty counters.

The 30-share BSE Sensex opened on a weak note and tumbled 581.93 points or 1.10% to 52,260.82 during the day amid firming oil prices and relentless selling by foreign institutional investors.

In contrast, Tata Steel, Nestle, Titan Company, PowerGrid, Reliance Industries Limited and State Bank of India were among the laggards.

In the broader market, the BSE midcap index gained 1.46% and the smallcap gauge jumped 1.33%.

“Domestic indices reversed its trend and traded with gains led by export-oriented sectors like Pharma and IT which witnessed buying interest as the rupee fell to its record lows. Favourable exit poll results of State elections and low-level buying seen in mid and small caps also helped in adding optimism in the domestic market.

“Major western markets were also trading in the green while other Asian peers continued to trade in negative territory on fear of the impact of global inflationary pressure…,” said Vinod Nair, Head of Research at Geojit Financial Services.

Stock exchanges in the U.S. closed in the negative territory, dropping sharply on Monday.

“U.S. equities tumbled as investors continued to sell off stocks and stockpile safe-haven assets as concerns over the economic consequences of Russia’s war in Ukraine intensified. The Dow Jones fell 2.4%, while the S&P 500 lost 2.95%. The tech-heavy Nasdaq slumped 3.6%,” according to Mitul Shah, Head of Research at Reliance Securities.

Foreign institutional investors continued their selling spree in Indian markets as they offloaded shares worth ₹7,482.08 crore on a net basis on Monday, according to exchange data.