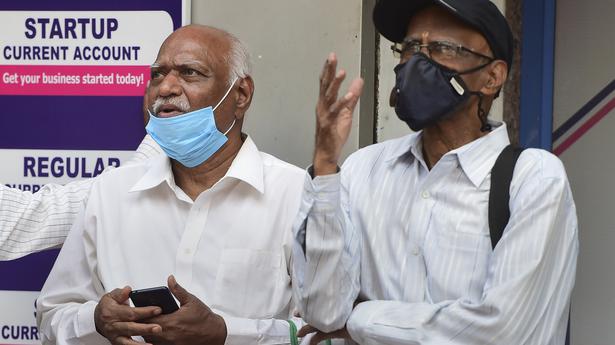 “The southward journey is continued in the Indian equity market on the back of intense geopolitical tension where boiling crude oil prices is spooking the investors’ sentiment in India. Brent crude is trading near $130 per barrel which is a multi-year high level.

“Higher crude oil prices are leading to weakness in the rupee whereas relentless selling by FIIs is also causing pressure in our market,” according to Parth Nyati, founder of Tradingo.

Stock exchanges in Europe too were trading in the negative zone in the afternoon session.

Foreign institutional investors continued their selling spree in Indian markets as they offloaded shares worth ₹7,631.02 crore on a net basis on Friday, according to exchange data.

“This week’s focus will be on the Russia-Ukraine conflict and its impact on oil prices. On the home front, investors will be watching the outcome of the state elections in five states on March 10,” said Mohit Nigam, Head – PMS, Hem Securities.