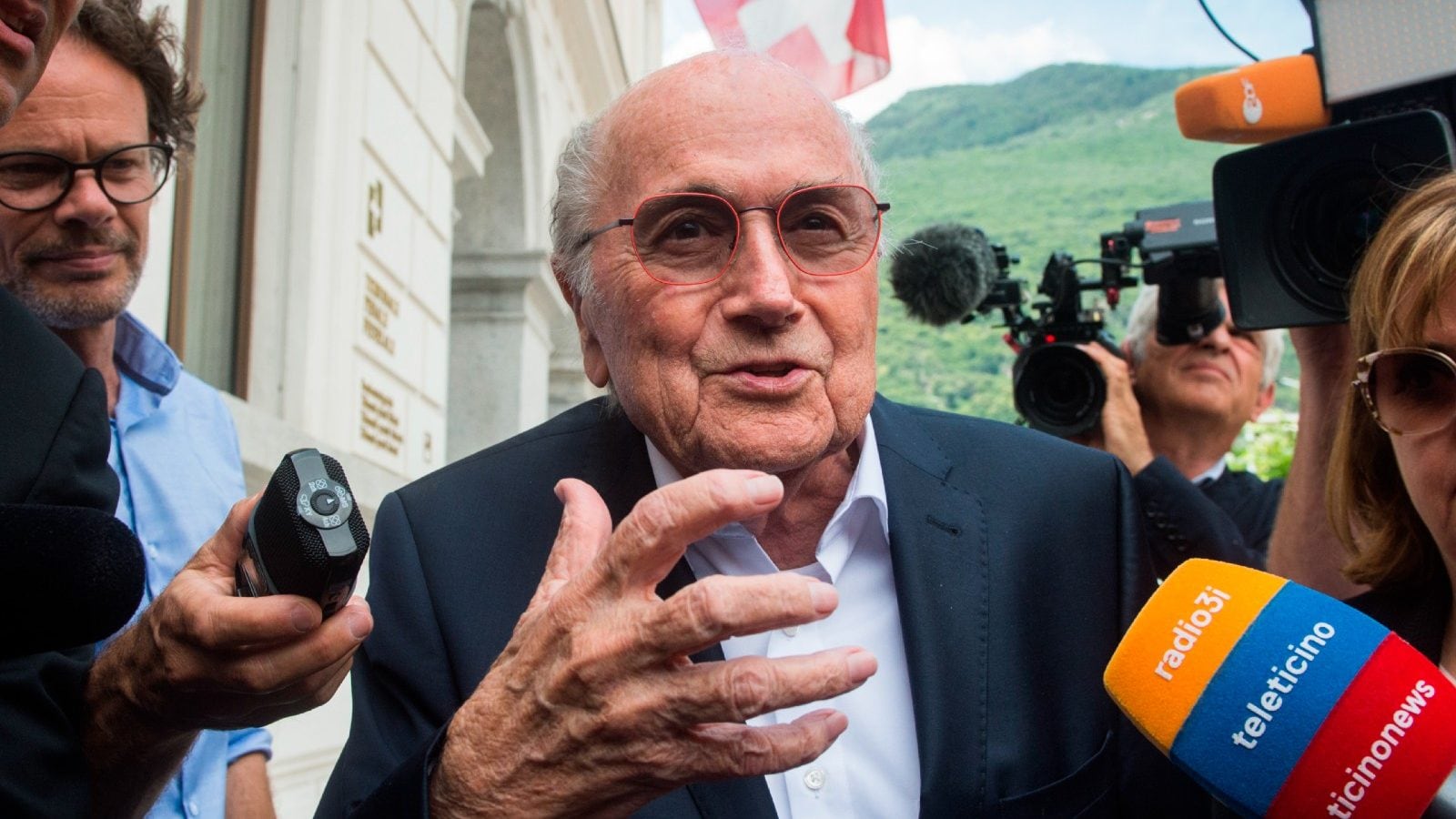 Sepp Blatter and Michel Platini strongly reiterated their innocence as the two former football leaders were questioned on day two of their criminal trial on charges of defrauding FIFA.

Blatter was due to testify on the opening day on Wednesday but the former FIFA president said he was bothered by chest pains and asked to respond the following morning.

“I feel much better, thank you,” the 86-year-old Blatter said at the start of Thursday’s session at the Federal Criminal Court of Switzerland in Bellinzona.

Blatter’s 17-year reign as president came to an end in June 2015, when he resigned amid a corruption scandal. A few months later, federal prosecutors in Switzerland revealed their investigation into a $2 million payment from FIFA to Platini from four years earlier.

The fallout from the case also ended Platini’s campaign to succeed his former mentor and removed the France great as president of UEFA.

Both have long denied wrongdoing and claim they had a verbal deal in 1998 for Platini to be paid one million Swiss francs to serve as an advisor to Blatter if he was elected as FIFA president. That defence first failed with judges at the FIFA ethics committee, which banned them from football, and later in separate appeals at the Court of Arbitration for Sport.

Platini’s contract with FIFA, signed in August 1999, was for 300,000 Swiss francs ($312,000) annually and backdated to January. It is claimed Blatter said he would pay only the same as FIFA’s then-secretary general, and promised the balance later.

“In the verbal contract we didn’t determine the date he would get it, it was a contract between men, and we started work immediately. I didn’t give him a precise time when he would get it,” Blatter said.

“When I was elected FIFA president, we had a bad balance. … At the time I had no idea (when the payment would be made), I simply had this man with me and he was worth this million but I didn’t know when and how he would get it.”

Platini backed up Blatter’s comments in his testimony. And claimed he should have actually been paid more but had miscalculated the discrepancy in the amount he had been promised and his salary during his four years in the advisory role.

“I made a mistake. I was convinced that the salary was 500,000 and I realised when the prosecutor showed me the contract. But FIFA knew they cheated me,” Platini said.

The 66-year-old Platini was asked why he waited until 2011 to send FIFA an invoice for the money allegedly owed. The bill came not long after FIFA paid a seven-figure severance to Jerome Champagne, a French former diplomat who was ousted as a Blatter aide.

“I trusted the president and I knew that one day or the other he would pay me. I wouldn’t get into a deal with the president without trusting him,” Platini said. “It wasn’t vital for me that money. What was vital was the word of the president of FIFA.

“I have principles. I’m not going to ask for money from someone who owes me. Just that, one day, I knew that FIFA had given two big payments to employees who left and at that point, I told myself it would be good that they remember they owe me money.”

The trial is set to last 11 days and the three federal judges hearing the case are scheduled to deliver their verdict on July 8. Blatter and Platini each face up to five years in prison, but suspended sentences are a likely option.

“I was in shock (when we were first questioned) and that shock has lasted seven years. It’s still here,” Blatter said. “I have already been punished for seven years. It has seemed like an eternity.

“What FIFA did to the president of FIFA and me is scandalous, they made us out to be cheaters, fraudsters, money launderers,” Platini said. “Just so that I wouldn’t become president.

“It’s not easy when you’re known worldwide to be criticised worldwide, especially when you have children and grandchildren … I hope there will be justice one day.”