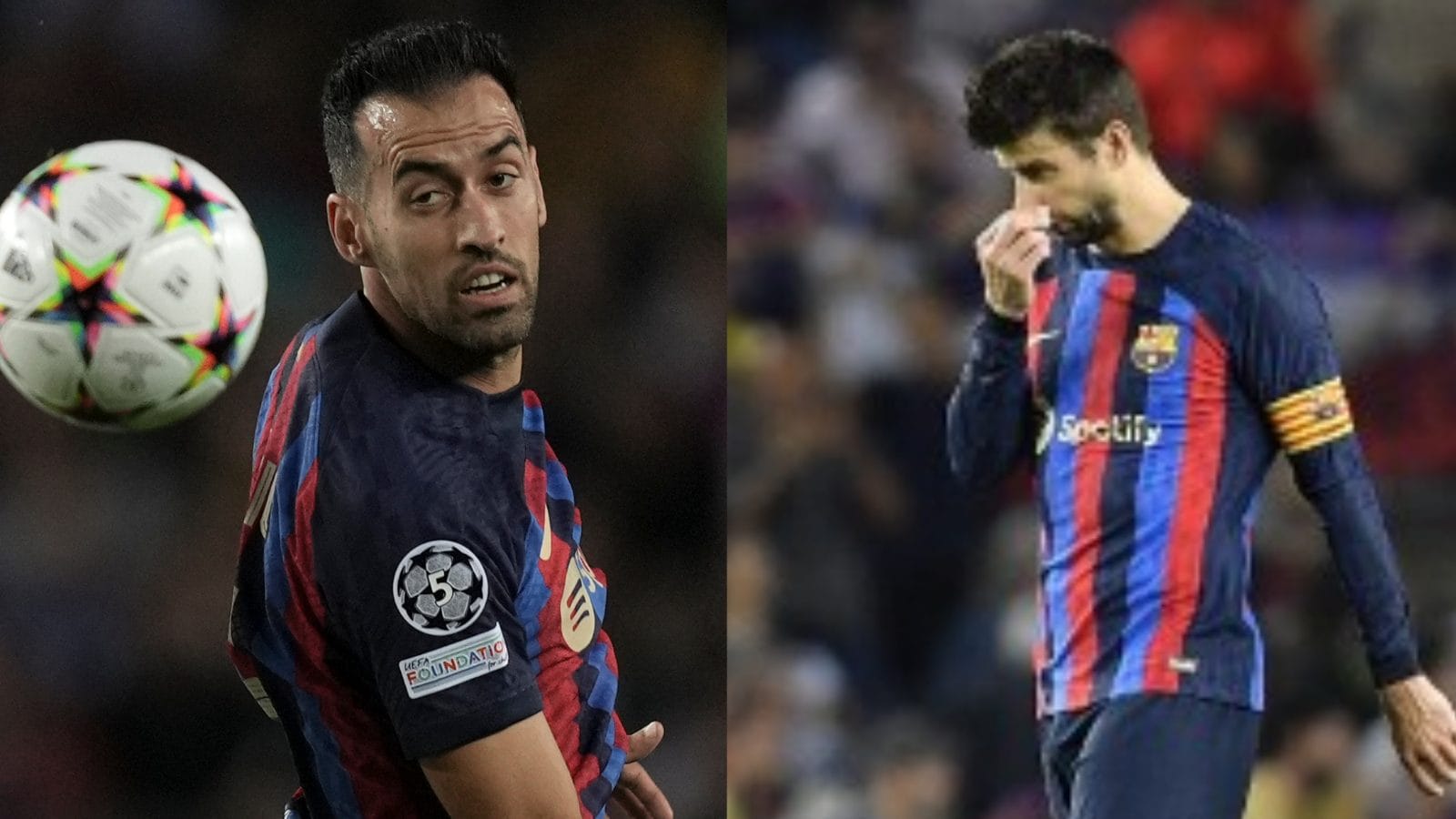 Barcelona were left ruing the cost of individual errors after their 3-3 draw with Inter Milan left them on the verge of Champions League elimination at the group stage for the second year running.

Gerard Pique played Nicolo Barella onside and let the ball travel through to him to level for Inter at 1-1, with Sergio Busquets softly ceding possession for the Italians’ second goal at Camp Nou, scored by Lautaro Martinez.

Both players are club veterans and coming towards the end of their careers in Barcelona, a process which some supporters felt should have been sped up in the summer.

The draw means Barcelona’s fate rests in the hands of already-eliminated Viktoria Plzen, with the Czech minnows needing to take points off Inter on October 26 for Barcelona to have any chance of surviving in the competition.

The Catalans lost at Bayern and Inter and are three points behind the second-place Italian side in Group C, with a worse head-to-head record, ahead of the final two matches.

Xavi has barely used Pique this season but handed the 35-year-old his first Champions League start of the season because of injuries to Ronald Araujo, Jules Kounde and Andreas Christensen.

Busquets, 34, who is out of contract at the end of the season, has retained a key role in defensive midfield this season but was withdrawn immediately after his mistake by Xavi as Barcelona chased the game.

“It came down to our errors,” said Xavi. “The first goal set us back mentally, the second goal is a goal that cannot happen in this competition, in elite football.

“(After that) we showed faith, character, self-love, until the end. This competition has been very cruel to us, in Munich for our finishing, in Milan, and today for our own errors.”

Barcelona won the Champions League in 2015, but have struggled in the competition since then, with humiliating defeats by Roma, Liverpool and Bayern Munich among others haunting the club.

In the summer Xavi and president Joan Laporta led a clear-out of several players from this era, some whose time at Barcelona will be synonymous with wasted money and European failure, but others have proved harder to shift.

Laporta hinted at the club’s members’ assembly on Sunday that some of the players on bigger salaries had been reluctant to reduce them in the summer to help with the registration of Kounde.

In the wake of those comments, it was especially unfortunate that Pique and Busquets made errors which seem destined to cost Barcelona a place in the Champions League knock-out phases – and the financial windfall that brings.

Some fans also believe that Busquets, Pique and others, like Jordi Alba, are at risk of tarnishing their legacy by dragging out a long goodbye, with their golden years increasingly seeming a distant memory.

“They are our mistakes, we have to improve them. That’s the reality. The (rebuilding) process is longer than we thought in Europe,” said Xavi.

Seven years and counting, to be precise.